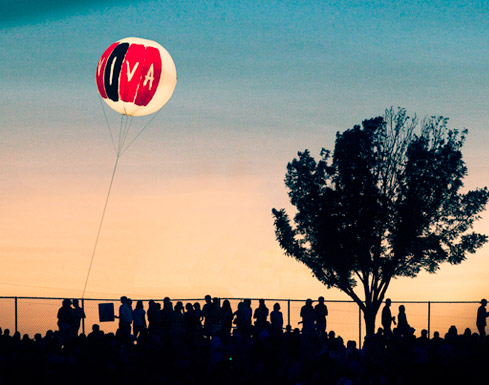 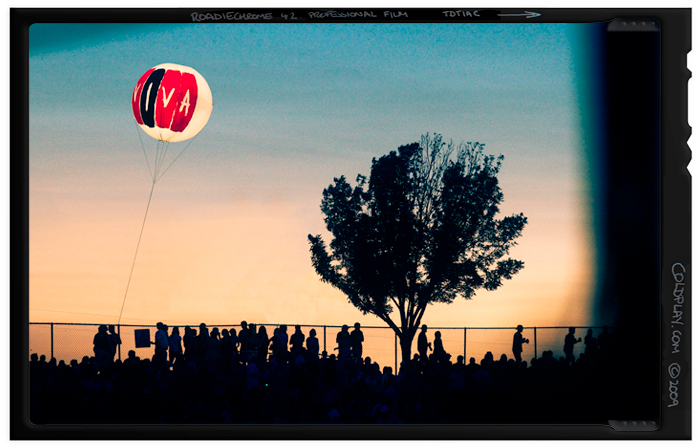 It’s another warm night in Maryland Heights, MO. I had figured that moving north from Texas would mean a bit of respite from the heat, but there is nothing of the sort. If anything, the stage here is even more humid than the past couple of shows.

Things heat up on the B-Stage too, when Chris fluffs The Hardest Part and falls into laughter, admitting that he’s been put off by the fact that he’s just had “I love you” shouted at him by a very muscular six foot dude.

In other news, today was per-diem day, which means our lovely new tour accountant Bob brings around in the magic envelope full of cash. In a miraculous feat of synchronicity, Apple have released updates to two of the huge software suites that I use to mangle audio and video. A perfect illustration of the old truism: “What the PDs giveth, the Apple Store taketh away””

It’s a runner again tonight, so we dive into the vans just ahead of the band jumping offstage and peeling out of their sweaty stage clothes. As the convoy of vehicles speeds towards the airport, we meet this evening’s driver. He’s fantastically loony. He’s cracking up laughing and hammering his palm on the steering wheel.

Apparently, the source of amusement is the tail-rider of the police escort. “Man, this is the first time I had flashing blues in my rear view mirror and I ain’t had to pull over and put my hands in the air”. To his glee, it’s then time to pull into the wrong lane and run a red light with the full blessing of the attendant cops. “Comin’ through motherfuckers – hhhaaaahhhahahaha”. I have no idea where this guy came from, or what he’s got up to in the past, but I wish we could take him with us…

So we fly out east tonight, heading for NYC. The band have their families out and basing ourselves here means that they can have some semblance of normality for the hours they’re not onstage. When we get to the airfield and wander across the tarmac, it’s like we’ve never been away. We were in NYC for three weeks a short while back and it feels as though the intervening weeks simply haven’t occurred. It’s a good thing that this is pretty much my favourite place on the planet to spend time – otherwise I’d be sick of the sight of it. As it is, I’m delighted to be back. 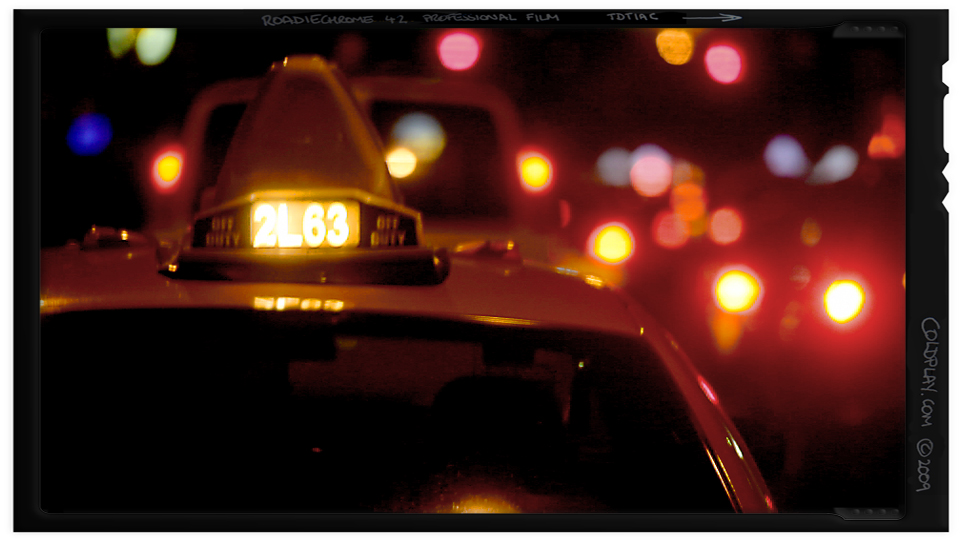 With tonight and tomorrow night’s gigs both being located in the central timezone, I decide that it’s not really worth re-setting my watch, phone and laptop to the east coast hour. With utter predictability, the following morning, the phone goes at what I believe is an hour before lobby call. “The vehicles are leaving. Care to join us?”. It’s security and transport co-ordinator Geoff Sands. I realise instantly what’s going on. “I’m not late, I’m just in the wrong timezone.” I reply.

It’s a damn good thing that it’s Saturday and my favourite NY camera store is closed, because otherwise, I could have been on a very expensive shopping trip indeed…