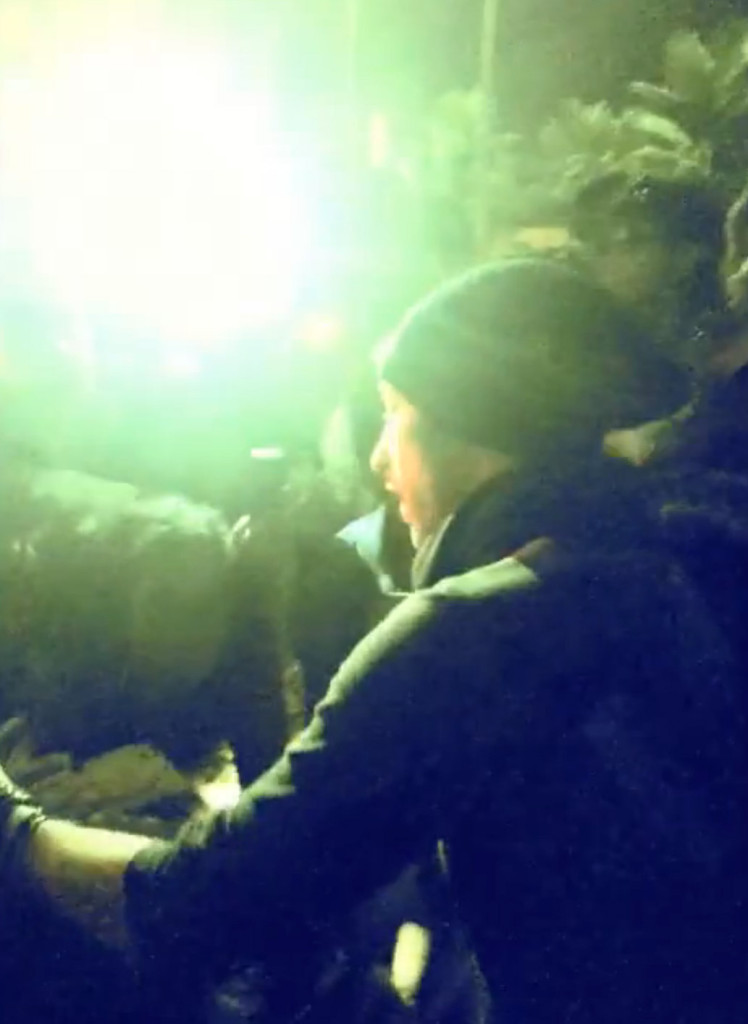 So we’re three shows in and what belters they’ve been.

Buenos Aires had the task of getting us back on track after a lengthy break. I can’t deny I was nervous before the gig. The scale of the show and all that goes into making it happen had become much more apparent having had five months to forget which buttons to press.

With that first show done, I wandered around the bar afterwards chatting to a very relieved band and remarked that it had been a solidly good first night back. “Yeah, that one was a banker,” commented Jonny Buckland. If the first show back had been a wobbly one, the nerves would have multiplied, but a great first show back meant that we were very comfortably back in the saddle and the confidence was restored. Thanks folks!

My lingering memory of the Buenos Aires show is likely to be the low flying aircraft that seemed to buzz the stadium once per song as they came in to land in the neighbouring airport. They seemed perilously close to our lit up art balloons – but it must have made an incredible sight for the passengers with window seats in the starboard aisle. The fireworks, perhaps a little less so.

Actually, that reminds me… the other lingering memory of that first show will be Bash running across the stage rescuing the sparkler bucket at the end of Violet Hill. As always, the fellas had started the show walking on in silhouette waving sparklers. As ever, they pushed them into a bucket of sand to let them burn out as they started the gig.

Slightly different in Buenos Aires, was the fact that the bin was made of plastic and was gently melting through the first two songs, filling the stage with stinky fumes. Will shouted down his special mic that goes only to mine and Bash’s ears. “The bucket’s on fire”. I’m sure there’s a Kings Of Leon song in there somewhere….

Next up, Brazil. I joined the fellas for a spot of sushi on the first night in Rio. Outside the hotel was quite a crowd of lovely folks who were so overjoyed to see the fellas that they stood on the kerb below and sang the entire Coldplay catalogue up to the open windows above. Will in particular, remarked upon how impressive some of the polyrhythmic clapping had been. Only in Brazil….

We were joined at dinner by the lovely Bat For Lashes folks (affectionately dubbed by Franksy “the old bats”). Not only are they a remarkable band, but wonderfully good company to boot. The evening progressed and there was talk of karaoke. Regular readers will know that this is my cue to ask where the Gents is and then run through the nearest exit yelling for a cab. I headed back to the hotel pondering that outside the hotel were a bunch of fans singing Coldplay songs, whilst members of Coldplay were out in town talking about going out to sing someone else’s.

Actually, talking of said fans, here’s Chris and Will leaving the hotel. It was a gauntlet of flashbulbs, but all very good natured. They also seemed to all want to hear one particular song….

Well you only had to ask….

It poured down at the Rio show. The crowd though, more than made up for it. Clocks, in particular, seems huge down here. The piano riff began, the lasers burnt into the sky and the entire 40,000 or so folks bounced up and down in unison as if they’d become one huge trampoline-d mass. They were loud, they were passionate and it was a phenomenally good night.

Before the show in Rio, I grabbed a couple of the fellas to chat about how it feels to be back out here. For some reason, I get less respect than regular interviewers. I bet Alan Whicker never had this kinda trouble….

By Sao Paulo, I was beginning to flag, I have to be honest. Maybe I’m not drinking enough water. Maybe I’m out of practice at this touring thing. As ever, I’ll hold my hands up and say I’ve got an easy ride compared to some folks. The schedule on this run is pretty brutal and it’s gig-travel-gig-travel up until our first two-nighter in Mexico. I predict some messy folks that night…

Spirits were lifted not only by the enthusiasm of 60,000 of Sao Paulo’s finest, but also by the Birthday of a young Mr Martin. Will led the singalong from the C-stage and there were drinks and festivities in the bar late into the night. By all accounts, Chris and his dad were actually the last to leave. Good work fellas!

It’s all whipping by at a rate, but it beats working for a living…