On the way to Hartford 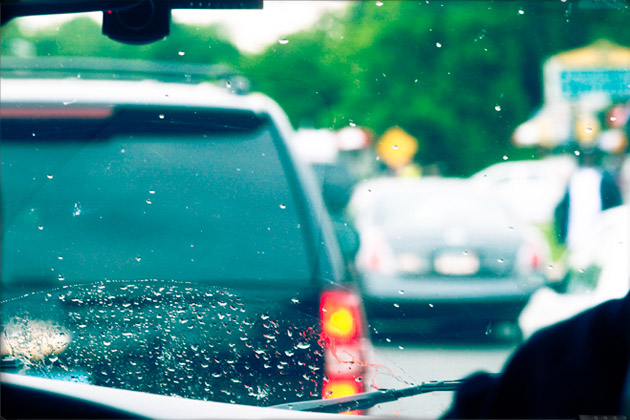 Without getting all “life on the road” on you, I had forgotten just how fast things move out here. It feels as though I’ve barely had time to exhale and we’re already a week into the new tour leg. It’s not so much that time passes fast, as that lots gets packed into short spaces of time. I’ve already had two major equipment panics – quite possibly a hangover from our desert storm experience in Abu Dhabi. Touch wood, we made a rather neat, swift and full recovery, without any effect on the show whatsoever. Of course, roadie superstition states that making that kind of statement is tantamount to smashing a mirror whilst walking under a ladder to pass someone the salt, so don’t be surprised if I make the next post from hospital (explaining about how I ruined the gig….)

I’m writing on the way to Hartford, CT. Yesterday’s day off saw a rather wonderful barbeque on the Berryman balcony. When I say balcony, I’m talking about a rather spiffing roof terrace high above the Manhattan streets. There was plentiful food, drink and good cheer. It was christened “Guystock” and apparently is going to become a yearly affair to rival Glastonbury. Quite how the hotel will feel about us trying to erect a pyramid stage up there in twelve months’ time, I’m not sure. Given the way they’ve looked after us so far though, I can’t see them batting an eyelid, to be honest.

Inevitably, following a knees-up, there are a few achy-breaky heads today. Myself, I appear to have fallen on the wagon again. I do this from time to time and I have no idea why. For the moment though, I have no desire whatsoever for booze. This means I had a lovely evening yesterday, chatted to a few folks, watched the sun go down over NYC and then wandered back to my laptop to put together some video that I’m hoping to be slinging your way in a day or two.

These first few gigs back have been excellent. Touring “Sheds” (outdoor amphitheatres) is always a joy, as is the American summertime. The B and C stages have taken on a whole new life in the different environment. The C-stage, particularly, is perhaps even more effective – especially when it’s raining and the band are showing solidarity with the folks in the “cheap seats”.

Other notables recently have included getting a police escort IN to the Washington show. Definitely a first. I had thought we were being pulled over at first when I saw the flashing blues out the window beside me. Virginia Beach was accompanied by jet fighter fly-bys at very regular intervals. This wasn’t too bad in the noisy numbers, but for the more quiet, intimate moments it was occasionally hard to ignore. Postcards From Far Away collapsed in a fit of giggles as the moment was truly lost.

Atlanta brought us a visit from some of our oldest and dearest road friends. Always a joy to see folks on the way around, but never enough time…. Anyways, Brian and Debbie, we all love ya’s very much….

I’m pretty much used to gigs in the outdoors again now. Always having a jacket to hand is obviously rule number one – not only does it get pretty cold by the end of the gig, but rain often drops in to say hello. I also seem to attract more than my share of local airborne wildlife stage left, mainly due to the proliferation of computer screens at my station. I spent seconds panicking at the last show working out why the pointer on my laptop screen was going berserk before realising that it was in fact a mosquito banging its head against the screen trying to fly into the sun.

So there we have it. Life continues apace, but things are good. Almost at the gig now and it looks like it may be a wet one…. 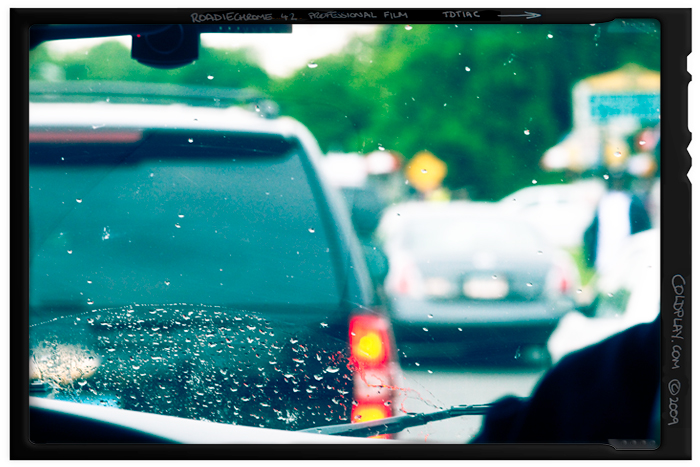 Interview: Chris – “LRLRL has to be free because there’s so many backing singers”