Interview: Chris – “LRLRL has to be free because there’s so many backing singers”

Chris catches up with Coldplay.com after the release of the free live album, LeftRightLeftRightLeft 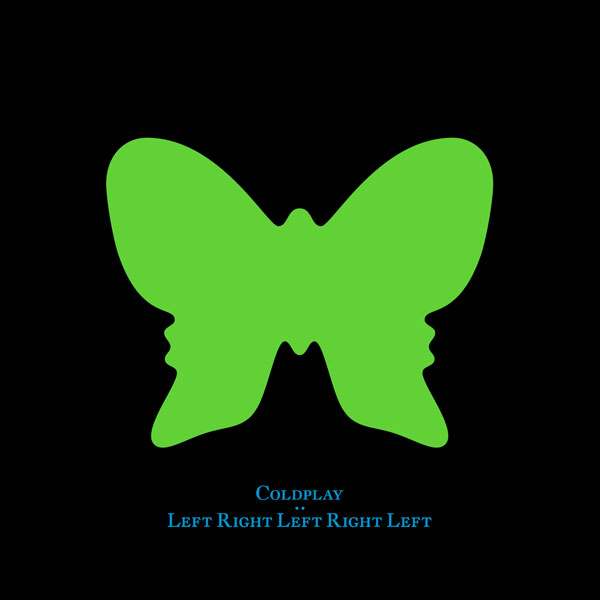 Hello Chris, how are you?
I’m very well thank you.

So, the live album,LeftRightLeftRightLeft, has been downloaded more than 3.5 million times already.
I know! It’s fantastic. My son Moses had a birthday party and everyone was given party bags at the end of it. That was when Phil said, “This is a good idea for a concert, as a way of saying thanks for coming.” So we’ve done it and we’ve got a million CDs being slowly given out at shows, plus the download. It feels amazing. I can’t believe that we’ve been allowed to do it.

You’d imagine record labels aren’t particularly keen on giving millions of albums away. Was it difficult to sort out?
Not really. A lot of people who work at our record company just love music, so they’re happy to be able to help us give something back. We’ve all got to make a living, but we’ve been really lucky as a band, so we can afford to manufacture an album and give it away. I think everyone we work with is happy that they’ve helped us get to a position where we can do that.

This could end up being your most-owned album.
Well, thank goodness we made it good! It makes me so happy though, man, because we really put effort into it. And although it’s live, it’s supposed to be a real album, part of our canon. Y’know, as well as being a gift move, it is also a musical move. It’s meant to say that this is what we sound like at the moment.

So you treated it like a proper album?
Man, we put in more rehearsal for this album than any other, because we played it live 101 times before we released it. Talk about road testing material!

And you’re pleased with it?
Definitely. What I’m most happy about is that it’s nice and guitar-y; it’s the first album where Will has a song on it; and it comes in at under 42 minutes.

How did you decide the tracklisting?
Well, apart from Viva, we didn’t put songs on it that had videos from this campaign. We tried to make it things that you might not hear if you didn’t go to a concert, but things that we really love playing. And also songs we think the audience sing really well. In a way it has to be free because there’s so many backing singers on it. There’s no way we could afford to pay them all.

The crowd do sound great.
Yeah. Our crowd make Bohemian Rhapsody sound like a two-track demo.

Did you know which night you’d be recording the songs?
No, because they’re from all over the place. I think there’s Dutch people singing on there with New Zealanders. It was recorded in 101 locations.

How did you decide which particular recordings to use?
Well, we have our sound man Dan who is very patient and has obviously had to suffer more Coldplay concerts than anybody else in history. He picked the ones he thought were best, with Phil. In fact, our method came from reading about Bruce Springsteen’s live record, Live/1975-85. His manager, John Landau, picked some of his favourite performances and then went through them with Bruce. We did a similar thing. Now, let’s talk about Bruce Springsteen.

OK.
Actually, I’d like to talk about things that I think are brilliant at the moment and I’ve got three of them. One is Bruce Springsteen in general, but particularly Nebraska and Born in the USA. And I saw his show twice a couple of weeks ago and it’s f****** amazing.

A lot of younger folks don’t really understand the whole Bruce thing.
No, I didn’t understand it either. I was like, “Why is Bruce Springsteen playing Glastonbury?” And then I went to see him and I was like, “God, they’ve done it again”. Glastonbury are way ahead of everybody. You just feel amazing after one of his concerts.

What is brilliant thing number two?
Well, I’d like to talk about the film, Anvil, which is wonderful. It’s about this heavy metal group from the ’80s who are still going through thick and thin. There’s a scene in it between the drummer and the singer which makes you cry, especially if you’re in a band and you know what it feels like to love another man so much, but also fight so much.

And the third thing?
That is the first REM album, which is called Murmur. It’s interesting because it does exactly what it says on the tin: you can’t hear a single word Michael Stipe says, but you get really lost in it. I’ve been listening to it a lot recently.

That was also the name of a track touted for the Viva album.
It was indeed. In fact, it was also what Viva La Vida was going to be called, before we found the title Viva La Vida. With the live album, we were going to go for the world record of the longest album title in history by making LeftRightLeftRightLeft go all the way around the CD, so that it never ended. But we took so much shit for how long Viva La Vida’s title was, we thought maybe a never-ending title might be a little much. So we opted for five words as just one word.

Does the track LeftRightLeftRightLeft still exist?
It does, but in about eight different forms. It’s not finished.

What happens to songs like that?
They’re sort of torn apart and you might take parts of them for other songs.

But the LeftRightLeftRightLeft song itself is unlikely to see the light of day?
The song itself has been given the Will Champion seal of disapproval. So, no, nothing will happen to it.

Who did the artwork for the live album?
Well, if you’ve been to one of our concerts you’ll know that there’s a lot of fake butterflies floating about, so the idea came from that. We called up a guy called Mark Tappin, with whom we do all our designs. We talk on the phone and say, “We’d like this”. Then he says, “I’d like this”. Then we fight and fight until we eventually get something we all like.

You’re currently a few dates into a new leg of the tour, after having a little break.
Yeah, we’ve just done the video for Strawberry Swing, which is going to be pretty good, I think.

Is that officially a single, then?
Well, it’s officially going to be a really great video. I don’t know whether it counts as a single or not.

Can you tell us anything about the video?
It is a new concept in video making, which will either be a woeful disaster or a triumphant Bafta winner. I guess you’ll be seeing it at some point in the summer, as it’s a summery song.

Arguably the best song on the album.
That’s what I think! And we should also say that if you like that song you should listen to The Rock by Delakota. That song had this amazing backwards guitar loop going all the way through. And although Strawberry Swing doesn’t have that, the Delakota song was definitely inspirational.

Careful, or you’ll have another law suit on your hands.
Haha!

Where are you at with this whole Viva La Vida court case thing?
Yeah, some people are suing us at the moment and although it was initially a bit depressing, now it’s become really inspiring. You think, “Right, if everyone’s trying to take away our best song, then we’d better write 25 better ones.” And so just at the point where I was thinking about getting fat and becoming complacent, I’ve been finding more inspiration. Now we’ve got more to prove than ever before.

Anyway, back to the tour. Do you find yourself missing playing when you’re off the road for a while?
Well, we’ve been in the studio, so we’ve been doing music most days. It doesn’t really feel like we’ve stopped at all, although we did have a few days off. But it’s certainly rewarding to be back out again. Our audience is just f****** incredible at the moment. I saw Pearl Jam about a year ago and Bruce a few weeks ago and I think our audience is as good as theirs now, in terms of how much they make us feel good.

Some bands say if you play a really long tour, it starts to become hard work.
That’s just bullshit.

Even after well over a hundred gigs on this tour, you can still enjoy it every night?
Yeah, cos now it’s really getting good.

You’ve got some great support acts coming up.
Yeah, absolutely. We’ve got Howling Bells and Pete Yorn with us at the moment, and then I think Snow Patrol come on for a bit, then Elbow for a bit and Amadou and Mariam. And Kitty, Daisy & Lewis too. It’s an amazing list. And we’re hoping to get Bat For Lashes for some dates too. Her album, Two Suns, is my current favourite contemporary record.

What else are you listening to?
I love the new Black Eyed Peas song. And obviously the new Green Day record. And Lily Allen’s album. She’s fantastic. She’s one of those people who’s so cool that whenever I meet her I feel like I’m back at school and none of the girls like me any more. She has that ability to make any boy feel like a tosser.

On this North American leg of the tour, you’re playing some fairly obscure places to a British eye. Like Des Moines. Where exactly is that?
Oh, OK, I see what you’re trying to do. I don’t know, it’s in Indiana or something…

Sorry?
Spinal Tap fans will understand. That’s why I’ve known about Des Moines for a long, long time. And I can’t wait to go there.

On the way to Hartford