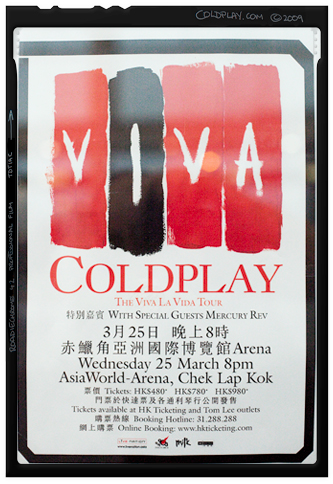 Quite often, by this point in a tour, soundchecks become unnecessary. I guess it’s the re-appearance of the “soundcheck party” that’s kept us coming back in. Rather than trot through a few set pieces, the fellas have been trying out a few new (old) things to sprinkle into the set for the rest of the year.

In Hong Kong, they had a run through Rush Of Blood. Now there’s a tune I haven’t heard for a while. I remember JB’s solo on that being a nightly highlight of the show for me way back when. I can see it floating across the summer air rather nicely on the outdoor shows later in the year. They’ve also recently given Swallowed In The Sea, Warning Sign and several others a go – not to mention a few brand new songs they’ve been kicking about. 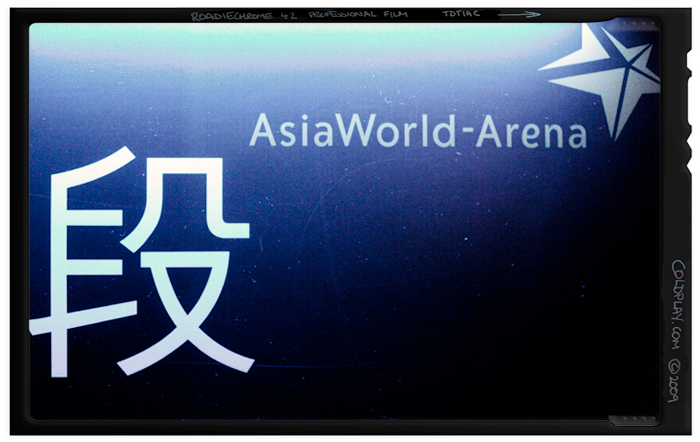 Last time we were in Hong Kong, it was unbearably humid, but this time it’s simply pissing down with rain. Also, it’s a rather compact backstage area. Pretty much every flightcase outside the production office has been commandeered as a temporary office. It’s like a cross between a rainy school playtime and an internet cafe. Before long, someone’s surely going to find the chalk and start writing rude words on the blackboard…

Come 8pm, we’re all assembled in catering. It would seem we’ve gone ton-up… 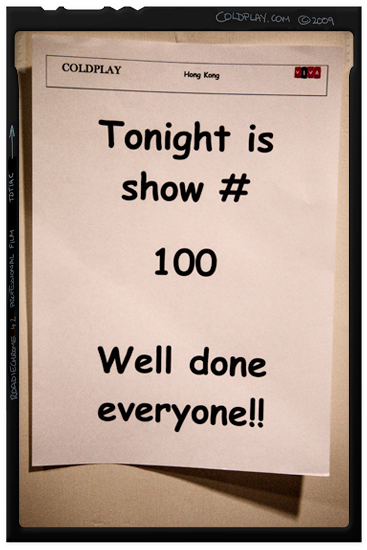 I should point out that the arm holding the glass in the bottom left of the picture belongs to Ben Miles, the man who performs the video magic that brings the balls to life every night (now that doesn’t sound right….). He, and Andy Bramley (the man who cuts together the live cameras into the glorious nightly show it is – also glass aloft, at Chris’s elbow) are the fellas responsible for the “Coldwave” mobile phone audience-generated lightshow that’s become a highlight of the shows. 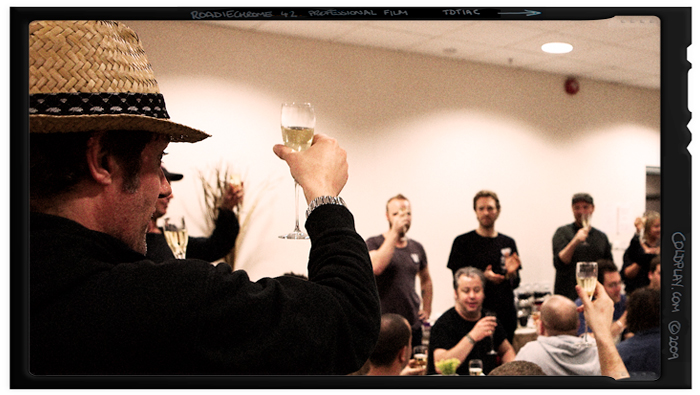 Obviously, the wisdom of champagne toasting a gig that hasn’t happened yet goes against every roadie superstition there is. Thankfully, though, we get a top night and a very noisy crowd. As in Singapore the other night, they take to the Viva chant with huge enthusiasm. It’s a pure melody, completely unhindered by language – no wonder it’s been embraced and celebrated the world over….

We head into Dubai after a nine hour flight. After a couple of hours in a van, we arrive at easily the most insane hotel I have ever stayed in. The Emirates Palace. I remark that my first touring days were spent staying in Travelodges, three to a room (and the guitarist drove the van…). How things have changed… 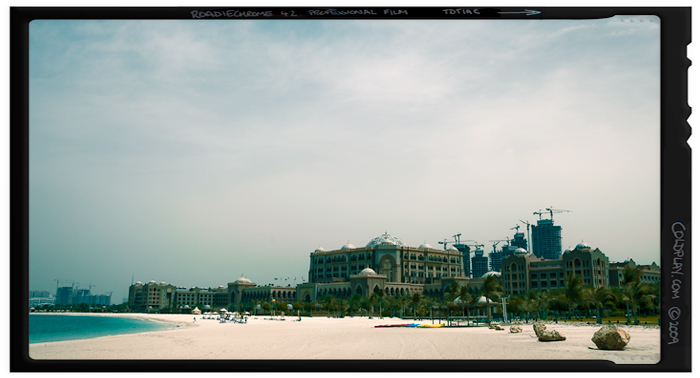 We have a day off before our show here. I think at first that this is to allow us to recover from the travel and adjust to the time difference. It would appear though, that it’s simply to allow us the time required to walk from our rooms to the breakfast table. In the envelope with the room key is a map of the hotel, which rather than a gimmick is a complete necessity. This place is utterly bonkers. It’s all impossibly long marble corridors, fountains, gold leaf detail and chandeliers the size of small villages.

It will sound perhaps a little ungracious of me, but places like this never really work for me. The inner grimy-transit-van roadie always comes to the surface and sneers. Such explicit wealth always turns me off and makes me feel out of place. I can’t work out whether this is the most incredible place I’ve ever been, or just a huge Arabian Hard-Rock-Cafe.

As ever, it’s all about the gig. In nine hours we’ll know. It’d be nice to be proven a grumpy old man and end this leg on a blinder of a show in a stunning setting. Let’s see. 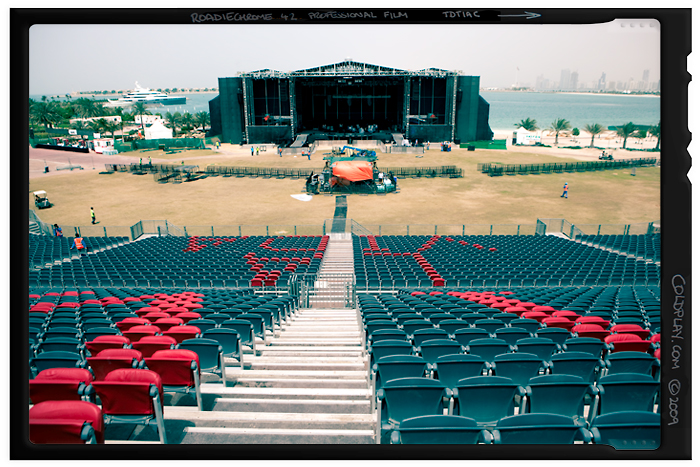 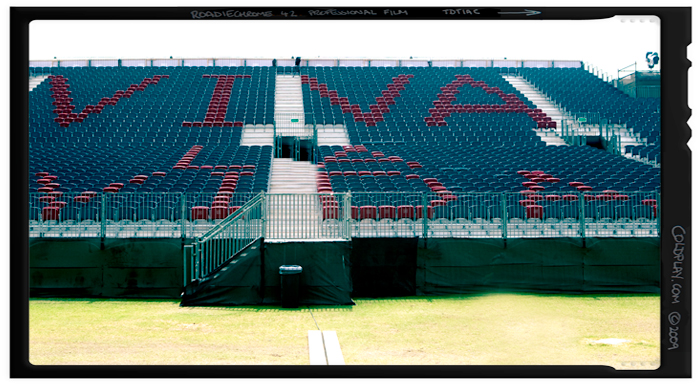 In the meantime, Lobby Call is in two hours. Given that the lobby is the size of a bleeding football stadium (complete with art gallery, photography exhibition, endless bars and restaurants and its own shopping mall…) I’d probably best set off now….