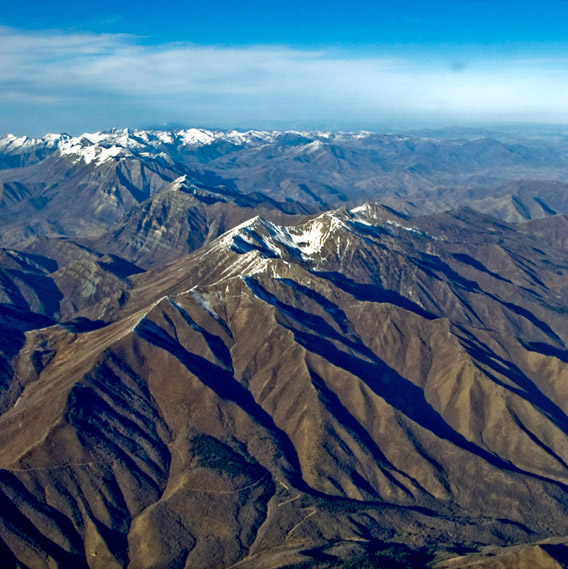 Gah! I hate leaving the blog for a few days – I forget all the tiny details of what happened. Hence, if this installment reads like a random list of unrelated rememberings then that’s because it’s exactly what it is!

Lets see, where were we up to? OK, I’d got as far as leaving Texas.

The Denver show brings a guest at soundcheck. We are joined by a chap called Ricardo Leon, who’s here with the Make A Wish foundation – his wish being to play drums with Coldplay. He makes his way to the stage on a motorised wheelchair, which does make one wonder how he’d manage with a drumkit.

Once on the drumstool though, there’s no question. It soon becomes clear that not only is he an excellent timekeeper, but he also has the parts down to any Coldplay song they care to mention. They give Politik a crack, then he suggests Amsterdam. Chris sheepishly admits that he can’t for the life of him remember how to play it (even though Ricardo will clearly know it inside and out). They move on to The Scientist, before getting a bit more rock with Sleep Chant. By this point they’re chatting like old mates and after giving Fix You a go, they sit chatting for a while before Franksy pops up to remind the fellas that we’re running over our soundcheck time and need to let Jon Hopkins and Sleepercar on. It was a lovely afternoon, and Ricardo is an all round top chap. Thanks for coming down mate. 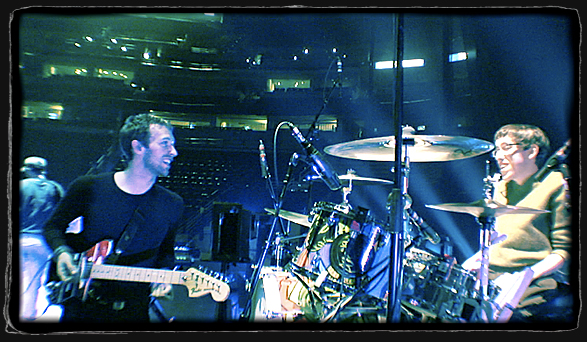 On then, to Salt Lake City. It’s been an great leg in terms of how enjoyable the travel has been this time. Five weeks in one country is a long time, but thankfully the US has some pretty broad extremes to keep things interesting. A few weeks ago, I was looking out of the window of my Manhattan hotel room wondering how so many people could possibly fit into one small space. Today, I’m peering out of the round aeroplane window looking out across miles and miles of desert, wondering where the tiny pickup trucks I spot on the thread-like roads could possibly be going. Who exactly lives in those four dots of houses I just saw? And what the hell do they do when they run out of milk? 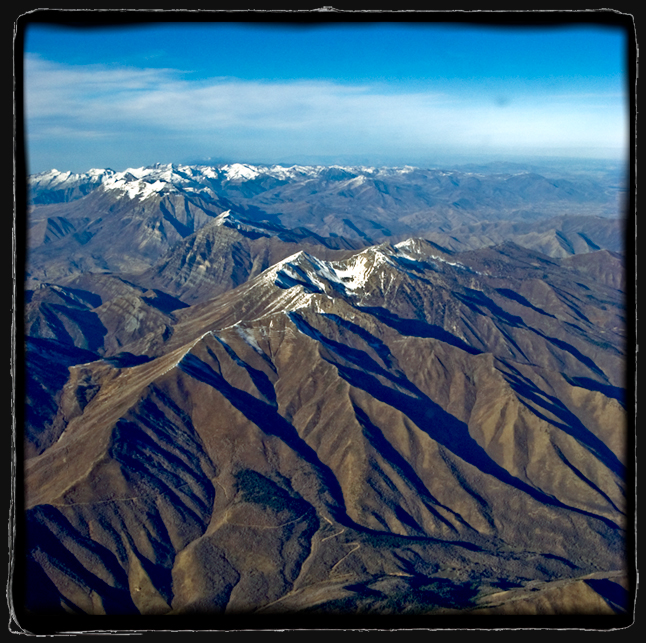 As we ride into the gig, Tour Accountant Yasmine (who wishes to point out in relation to a previous entry that she toured with The Who in the past few years, she is not in fact, older than the sun), looks around at the miles and miles of open space and wonders: “Where are fifteen thousand people who want to see Coldplay actually going to COME FROM round here?” She has a point.

But come they do. And not only do they turn up, but they make plenty of noise too! Folks in more out of the way places can often be the most exciting and excitable audiences. Tonight does nothing to disprove that theory. Most pleasantly, it seems like the mobile phone glowsticks in the Viva remix are now a permanent fixture of the show. I have a feeling that this will never get old. I even spot Mr Champion sneaking out from behind the drape to check it out for a while before they come back on for Politik.

After the show, we continue to plough west, as we bail for LA. The joy of traveling west of course, is that we’re gaining an hour every few days. 25 hour days are very handy in a job where you’re constantly in motion and always trying to catch up with yourself. It suddenly strikes me though, that our progress out west is like the stretching of a rather large body-clock catapult. Once the show in Phoenix is done, we get fired right back into the UK shows, across eight time zones. Can’t wait to see how little sense the world makes once we get to Sheffield!

The AMA awards are suddenly upon us, which brings an opportunity to continue my research on the effects of combining extreme boredom with an excess of caffeine. Every time I find myself excruciatingly bored, (roughly, at five minute intervals) I go get another cup. Every time I finish a cup, I find myself jangling with nervous energy and in need of something to do. Inevitably, until the ten minutes of frantic activity associated with getting our fellas’ stuff onstage comes round, the only thing TO do is…… get more coffee.

By mid-afternoon, the venue has settled into a bit of an “Upstairs / Downstairs” situation. Upstairs on the stage level, it’s the lair of the roadie. There are more black T-Shirts and baseball caps up here than travel on our entire merchandise truck. Meanwhile downstairs in the dressing room corridor, it’s entourage central. It’s like some kind of frantic mass-shootout between Blackberries and iPhones as management, personal assistants, wardrobe folks and security swarm about sweating the details.

Brook’s butterflies are in full effect at the AMAs and are to be found all over the venue following the performance. They’re in bunches all through the corridors and being trampled through the dressing room corridor leaving a trail of Coldplay all over the venue. There’s also many of LA’s finest wandering about in the guest area clutching their very own souvenirs from the show. It’s good to leave your mark!

One of the most pleasant things that has evolved on this tour is the “day off footy league”. The band so far, have an unbeaten record against the crew. Today though, the Roadie Gods are smiling and it’s close right up ’til the final whistle, but the crew take it at 4-3. The UK leg grudge matches are being booked as we speak… 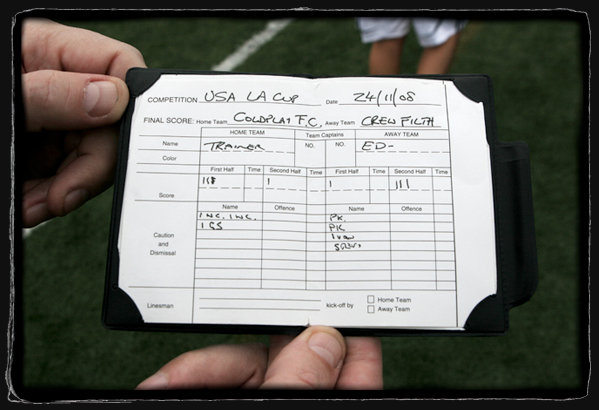 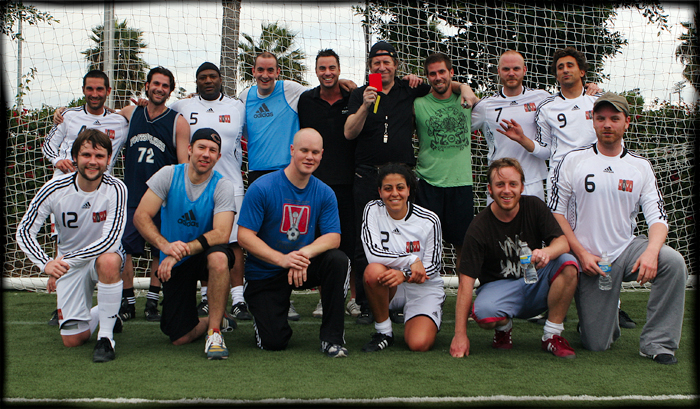