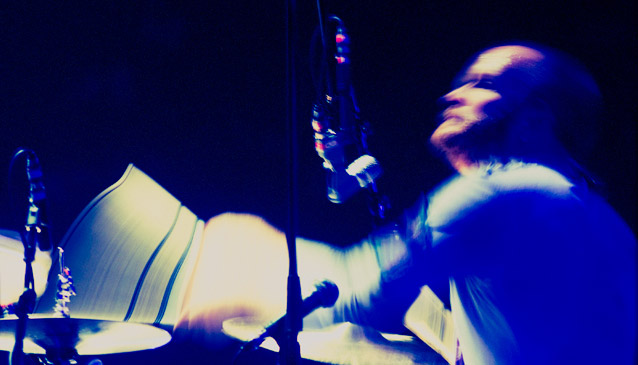 “If you’re from Tex-as, won’t you le-e-e-et me know…”.  Chris ends Violet Hill with this line in Houston and they spend the whole night doing just that. The Houston crowd are extremely vocal. It’s not just the line from Chris that sets them off either. I was musing the other day that some crowds give a cheer when the house lights go off but then get very quiet through the intro to Life In Technicolor – only truly erupting when the four shadowy figures make their way up the steps and onto the stage. It’s almost like they don’t believe that the band are even in the building until they can see the whites of their eyes.

In Texas though, they explode at the house-lights dropping and they pretty much stay in berserk mode until the fellas wander off after Yellow. Once the tour settles in as it has, it’s the crowd reactions that truly differentiate one show from another. Tonight in Houston we get a truly standout show. As ever, a powerful performance from the crowd brings out the same from the fellas. Lovers In Japan particularly, seems to take flight tonight like never before. There’s something about the way Will is pummelling the shuffling snare drum pattern that gives it immense power –  yet at the same time a wonderful, supple grace. It’s kind of like being kicked in the head by a ballerina in army boots. I’m fairly sure though, that Mr. Champion wouldn’t thank me for painting the mental picture of him in a leotard… 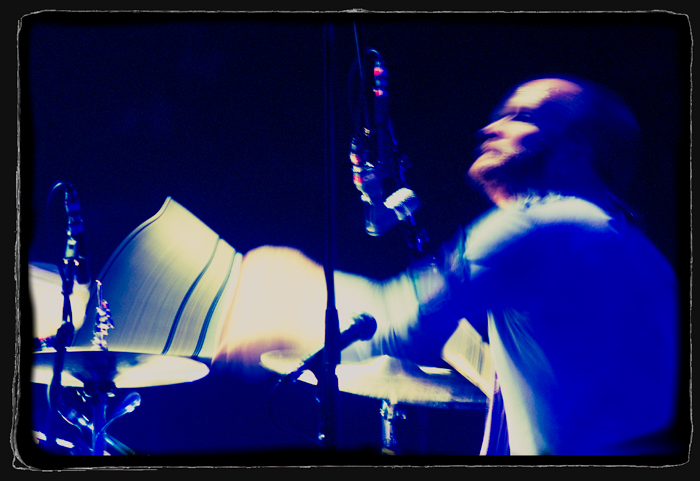 All of this is not to say that the Houston show is without its faults. The “techno” God Put A Smie very nearly takes place in a hole in the stage. On a good night, the “lit dancefloor” with the B-stage gear on it rises gracefully to meet the “ramp” that comes down from stage left into the crowd. Tonight the switch is flicked and the stage resolutely stays at floor level. Much roadie cursing and scrambling for cables ensues.

I’m led to believe that the necessary big wire is reconnected and the stage begins to lift only as the band are on their way down from the main stage. When I mention this later to the band, turns out they were oblivious to it all. Come the C-stage though, there is the small incident of the singer standing on the guitar cable that is altogether more difficult to miss. As with all the best shows, mishaps and problems just turn into amusing extras.

Dallas brings with it another soundcheck party. As we arrive, the band’s blacked-out vehicles are held up in the loading dock behind a large passenger bus. As the vehicles wind their way around it to drop the fellas behind the stage it slowly dawns on everyone that the bus must be full of the competition winners that are attending the soundcheck. This means that  they’re first treated to a “band getting out of the vans party” – talk about getting your money’s worth!

Being as we’re in Texas, it’s a good time to talk about Sleepercar. Top fellas one and all, they’ve been a great opening act for the past few shows. The first time I saw them, I was in my bunker under the stage getting ready for the gig. I saw their final song, after which they turned around and began unplugging their gear, before carrying it off stage themselves. Not many folks would go about things that way in front of a 15,000 seat arena. Maybe it’s my roadie perspective, but it stamps them as hugely down to earth in my book and I’m intrigued. Today, they spend part of their soundcheck playing a cover Wild Horses, which just happens to be one of my favourite tunes of all time. That’s it for me, I’m hooked, good and proper!

The Dallas crowd is a little slower to get going than Houston, but once Viva kicks in, it’s a glorious uproar. I guess in many ways, this song has become the band’s trump card. Obviously, the “classics” such as Clocks, Yellow and Fix You all get huge cheers and responses. Viva though, is something completely different. Every gig ignites at the point where the opening chords first emerge from the sound system. It’s been accepted and celebrated by such a huge cross-section of folks in so many places all around the world that it’s utterly astonishing.

Obviously, time will tell how the track fits into the band’s history – it’s impossible to know whether its freshness will fade, but from this particular point in time, it feels as though they’ve hit a new peak. I’ve read about many bands admitting that their latest records were essentially made as an excuse to go out and tour all their old “golden era” material. Maybe these guys will get to that point one day (although I have a feeling they’d rather knock it on the head than become their own tribute band). What I can say with one hundred percent certainty though, is that we’re about as far from that point as it’s possible to get right now. And that friends, is a very good place to be!

A Flaming Lips cover in Oklahoma