Will is laughing like a drain – and it’s all because of Chris’s socks. I’ve no idea when this T4 TV special will air, but I won’t spoil the interview by telling you what’s caused the hilarity. It’s nice though, to see the fellas all together on the sofa (albeit one which keeps collapsing at Jonny’s end) and all genuinely having a good laugh.

Doubtless, the lightness of mood has a lot to do with how close we all are to the end of this touring leg. Not that it hasn’t been a great time – far from it, everyone is agreed that it’s been a great run. The fact is though, that after six weeks straight at work, the prospect of ten days at home is pretty much the best treat any of us can imagine. (OK, twenty days at home….). Actually the majority of the touring party went home after the Jools Holland thing, so everyone is halfway into “home-mode” already.

The light-hearted air fits well today, as T4 is more of a “pop” show than last night’s Jools recording. The spirit of not taking one’s self too seriously tends to help immensely in these cases. 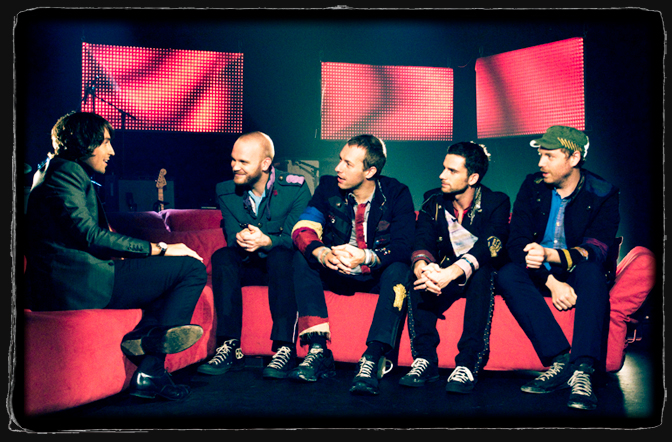 There is no audience and it’s not live today, so the pressure is greatly reduced. There has been some controversy though, as apparently there may be trouble with using the Delacroix image from the album cover on commercial television. The band’s management have assured everyone that all is well and there are phone calls, emails and all sorts going back and forth. The simple fact that I’m looking at Terry TV (who sits behind the two keyboards) and seeing not the Delacroix, but the VIVA logo gives me the the impression that this won’t be resolved. Monseur Delacroix himself declined to comment, but then he has been dead since 1863. 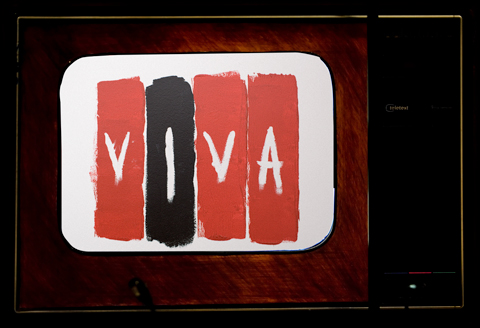 There are five songs to do today. Everyone immediately thinks “great, we can be out of here in an hour”. Not so. This is television, so there are three run throughs of each track. One as a “soundcheck” and then two for cameras. Even so, the fellas are keen to get cracking and plough through things as quickly as possible.

Slowly though, perfectionism overtakes impatience and we’re into a long afternoon of sweating the details. As the clock creaks slowly onwards towards the evening, what was a quick “last dash” to the end becomes a painfully slow trudge. It’s not the TV folks’ fault, obviously, it’s just that it’s like being given double maths on the last day of term.

Then, all of a sudden, we’re into the final take of Lovers In Japan. The firing of the butterfly confetti signals the end of the session and I don’t think it’s ever felt so celebratory.

It’s been a great few weeks and I am genuinely looking forward to getting back out to America for more shows. In the meantime however, can you hear that? It’s my own bed, calling out to me….

See you in a week or so.

From the Later studio