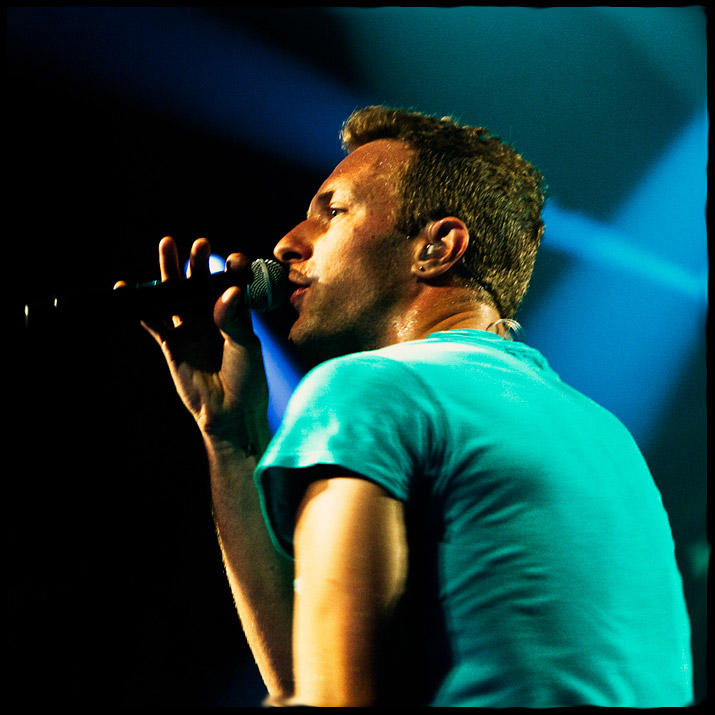 Paris. Add a few more letters and you get “Paradise”. Quite fitting then, that it’s the first city in the world to get a public airing of the tune. Admittedly, it’s in a closed TV studio, for broadcast at a later date, but the point is that there’s a crowd of people here that are going to hear the song for the first time.

If there’s an uncomfortable silence when the track ends and tumbleweed rolling across the floor, it would surely bode rather badly for the imminent release on Monday. No surprise then, that folks are keen for today to go well.

TV shows are always a “hurry up and wait” affair. Long days with long stretches where other parts of the show are being attended to, so all you can do is sit and nurse a coffee, or bury your head in the laptop. Keeping busy is the best way to take your mind off the fact that in a few hours, you’ve got to get it right, but right now, there’s not actually anything you can do about it.

The band of course, are in promo mode, so they spend the afternoon at a hotel in the heart of the city fielding a barrage of questions from a horde of European press.

When they arrive for soundcheck, the weight of the day is beginning to show. Not only has the promo schedule been heavy, but the album has been declared officially “done”. This means no more fiddling, no more comfortable hiding in the studio saying “it’s not quite ready yet”. No more trying things out in one more different way.

Now begins the wait. Waiting to see what the world makes of it. Famously, the band have referred to this period between album completion and release as like the gap between finishing your exams and getting your results.

Understandably, then, the mood is a little tense.

Soundcheck takes far too long, everything gets fiddled with and changed, but finally, everyone is satisfied and we’re deemed ready to go.

With the audience in place and the cameras ready to roll, it’s explained that they shoot the last song of the show first. This means that Paradise is first up.

It dawns on me that this could easily be a mistake. It’s not even a Coldplay audience. It’s a TV show audience. Some of them will be here especially for Coldplay without a doubt, but many won’t. There will be some who might even not like the band at all. Here they are launching into an unfamiliar tune to an audience they haven’t already won over.

Dav Rossi’s strings fill the air and it’s too late to contemplate all of this. Chris’s piano floats above and then the bass line drops like a wrecking ball. The crowd are on their feet and clapping in time. Jonny’s guitar gathers pace like he’s just discovered his brake line’s been cut. Will’s hip hop swagger pile-drives the tune into life and the whole thing is quite simply majestic. 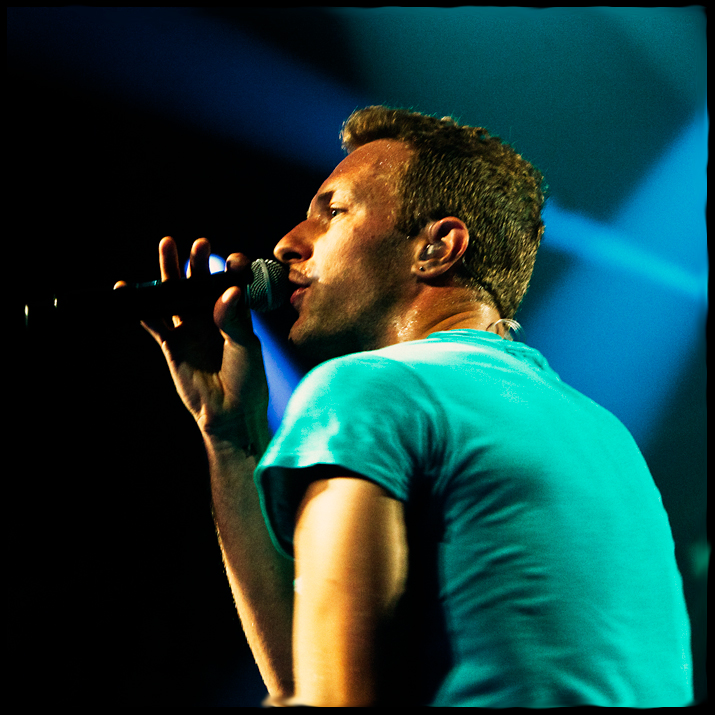 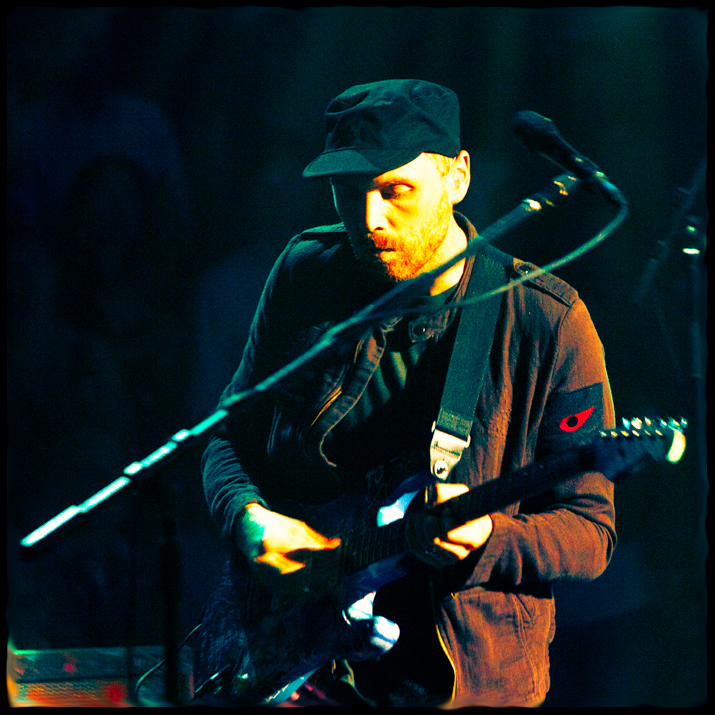 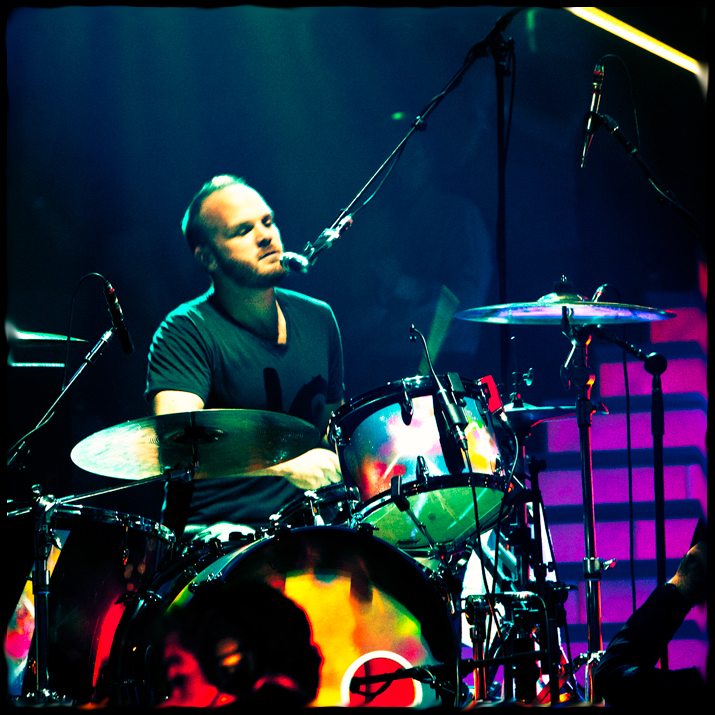 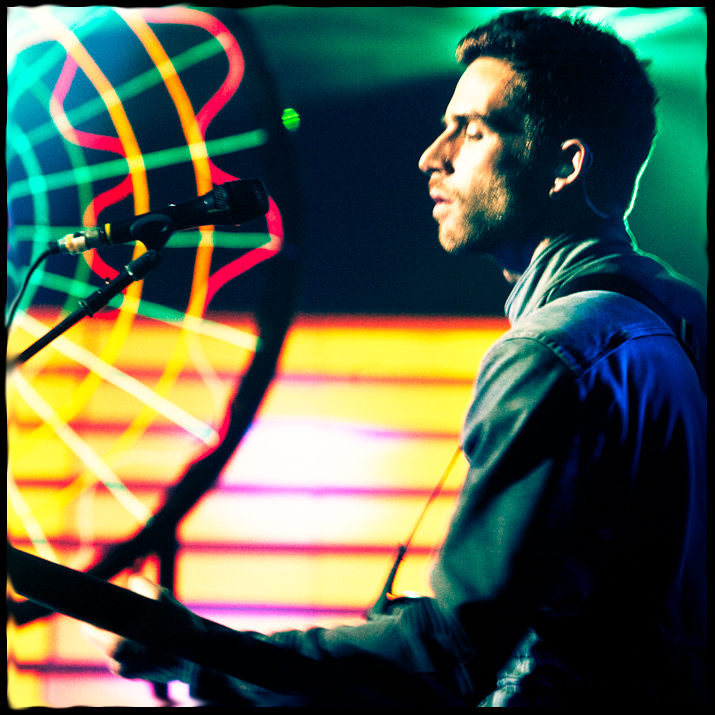 The crowd greet it like an old favourite and the response is unmistakeable. They’ve hit it out the park and the relief is immense.

They’re still a ways off getting their exam results yet, but I reckon we can put this one down as checking the textbook and realising that they’ve nailed the first paper.

Paradise rehearsals and the damp desk