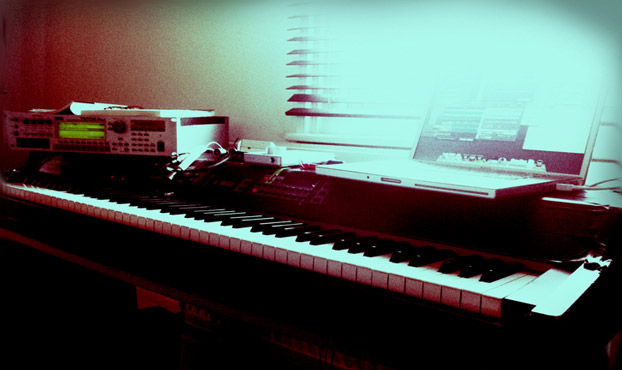 Greetings folks, from my little room at the top of the Beehive. I’m not sure if it’s just me, but I could swear that things have got more wonky up here since we moved in. And I mean that in a purely physical sense, not a psychological one. We’ve got bits of wood under the fridge to try to level it up and there’s a pretty hefty crack appearing down the side of the staircase. Whether it’s just the building breathing, or whether I’ll find myself on top of a passing double decker one day soon, only time will tell. 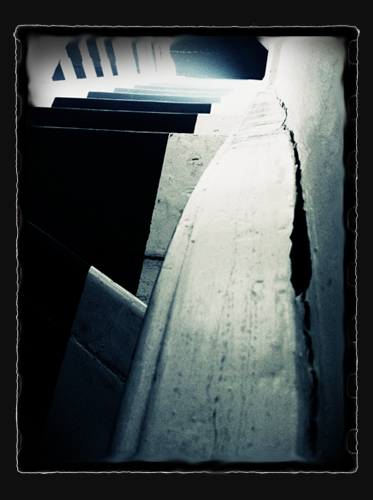 Aside from the cracks down the stairs, there are further building modifications going on. Somewhat amusingly, before we moved in here, the place had been squatted and the walls were covered with graffiti. Part of the refit was cleaning up, re-plastering and re-painting so we were surrounded by pristine white walls.

Since then, bringing everything full circle, Chris seems to have become very friendly with spray-paint and Will, with most of his parts recorded, has also begun to express himself rather colourfully all over the walls.

I didn’t find out for a long time that the Viva logo was something Will did whilst at a loose end during the last album sessions. The four bars, one red and three black with the V I V A letters across them had been up on the wall in the lounge area of the Bakery for a long time. Because I was so accustomed to seeing the logo all over the place – on the huge stage drape, on t-shirts, tour programmes – everywhere, I just assumed that the small one up on the wall in the Bakery was just another, maybe a decal or something. But when we were filming the band getting all the wonderful fan postcards a couple of years ago, the subject came up. Will proudly explained that it was the original and all his own work.

This week is eerily quiet here. From the look of things, this may be a “family week” at home for the band, which means everyone still here gets a chance to catch up with work and make a start on preparations for the festivals.

EJ, one of the band’s lovely assistants dropped by the other day with passports fresh back from the travel company. I’m now on my fifth passport since starting with Coldplay back in 2002 – that’s a lot of pages stamped and an unthinkable number of miles travelled. The impending festival run is hardly a lengthy world tour, but it’s a reminder that we’re going to be back out in the world soon and that the warm comfy cocoon of the studio isn’t forever.

In an attempt to take the edge off the mad-dash panic that band rehearsals tend to be, we’re getting a head start on gear repairs and maintenance. Bash has been in with a new kit for Will, which has been suitably attacked with the spray-cans. I’m busily sampling a lot of the old keyboards that we’ve taken on the road with us for years – trying to shed a few cargo pounds. Matt McGinn is tearing apart Jonny’s world to satisfy Dan Green’s desire for true stereo. 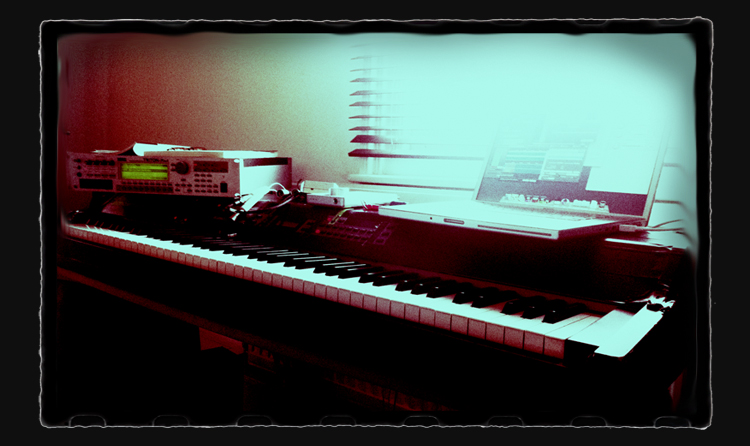 It’s not all silence in the studio though, as Chris and Brian appear to have snuck back in during the ‘quiet week’. Like mischievous little boys, they’re pulling the songs out and seeing if there’s some interesting ways in which they can twist and distort them. Markus has been at the reins very solidly through this session and has done a sterling job at keeping everything progressing towards the finish line. A little bit of coaxing happy accidents from mad experiments can’t hurt though. And it looks like that’s exactly what’s happening downstairs. I want to find an excuse to nip in and take a look, but I also don’t want to break the spell.

Either way, I can’t wait to hear the results.

Getting ready for festival season