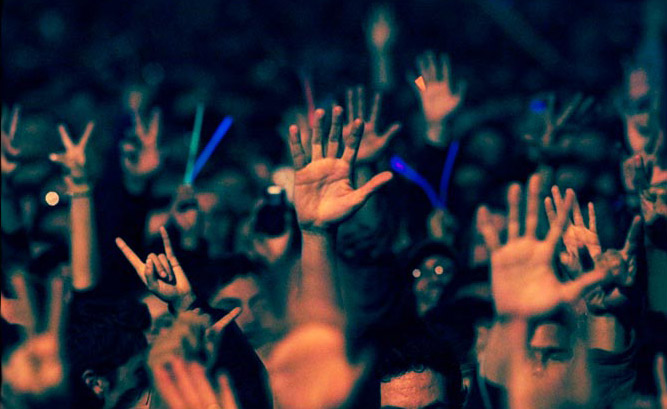 Now, don’t get me wrong, – Argentina and Brazil were both fantastic. Each wonderful in their own way (largely down to the people and the response). For me personally though, things really get interesting when we leave for Bogota. Not for any reasons pertaining to one of their more well-known exports, but because I’ve never been before.

When we last visited Latin America, we had almost a week in each city, which means that Sao Paulo and Buenos Aires actually felt quite familiar to me. I even remembered where my favourite place to get coffee was just around the corner from the Sao Paulo hotel.

Colombia though, is uncharted territory for us. As you become more of a boring road-worn old codger, visiting countries you’ve never been to before gets rarer and rarer. Just the simple fact that you’re going into the unknown brings back the excitement of exploration and adventure that gave us all the ridiculous idea that this might be a good way to earn a living in the first place.

We fly up the continent and over the Amazon. The sun is low in the sky and glints over the rivers below us. Slowly it sinks into a stunningly gorgeous sunset. Brooke (confetti cannon commander-in-chief) has a wander up to the flight-deck to watch it from there and tells me on his way back that the pilots have explained all about why the sunset over the amazon is so utterly magical. Something to do with carbon dioxide apparently. 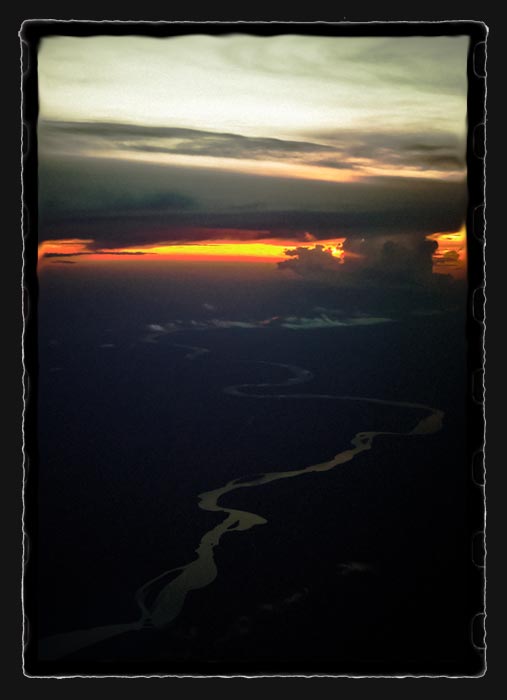 People tell me I’m really lucky to have the job that I have. A lot of the time, the repetitive nature of things can obscure it a little. I’ve mentioned before that hearing the band soundchecking with a new song, or one they rarely play is always a good experience, as it throws you out of the phenomenon of the music just becoming a background noise you get used to. You get to hear the band a little more as other people do. Today it’s hard not to see that job occasionally is just as others imagine it.

When we arrive at the hotel, there is a crowd of folks outside. This has been the way in every city so far and they’ve all been lovely people, without fail. I haven’t ventured out to see them though, beyond filming a little of the chaos. Some of these folks have brought some amazing home-made gifts for the band. The vehicles disappear deep into the bowels of the hotel, but I decide to have a wander out to say hello.

These folks are so genuinely excited that the band are visiting their country that it’s completely infectious. I tell them that actually, we’re all pretty excited to be here too. The time they must have spent on the things they have brought is amazing. See for yourself… 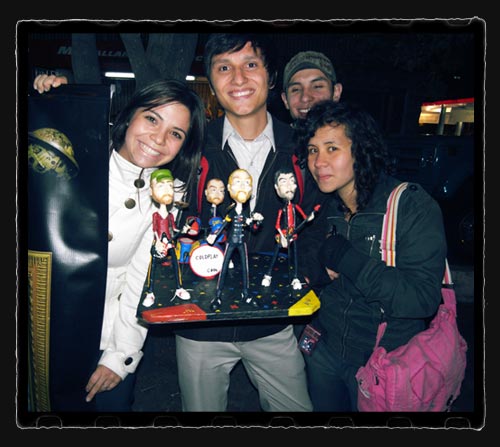 The show site the next day is a lovely open park space overlooked by the mountains. We’re actually treated to some sunshine for most of the day. I’m sure that the band have played to bigger crowds (in fact, according to the itinerary, the Sao Paulo crowd was twice as large at 68,000) the shape of the site here, however (narrow, but very deep front to back) means that the crowd looks unbelievably huge. All the crew cameras come out in the changeover after Bat For Lashes. 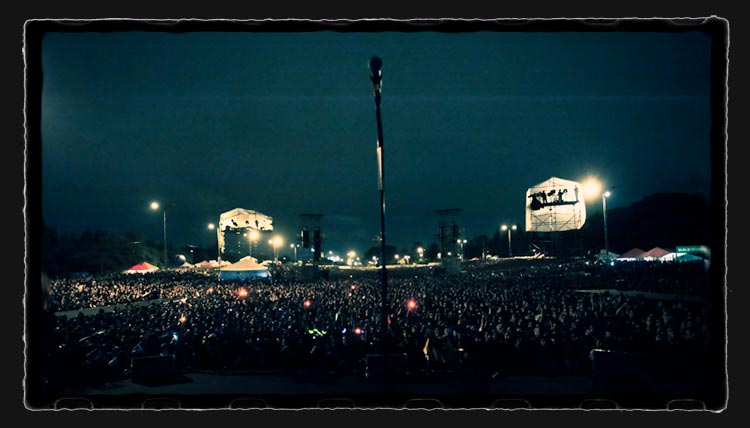 Meanwhile, the crowd are going berserk already. “Olé, olé olé olé…. Coldplay, ColdplayColdplayColdplay”  There’s Viva chanting, there are roars of applause every time someone makes a noise with one of the band’s instruments. And this is a good half hour before the intro-tape even rolls.

Once the band appear and the show gets rolling, they’re singing every word, roaring and cheering in every pause. There are sound issues onstage with the sub-bass from the PA rattling and booming under the stage like a succession of 747s taking off in a particularly bad thunderstorm. On a normal night, this could be a real problem. When the crowd is giving off as much energy and excitement as this though, these things are seen in their rightful perspective. What matters tonight is that we’re a long way from home and everyone is having a rollickingly good time.

Which is just as well really, cos that’s exactly what’s going on.