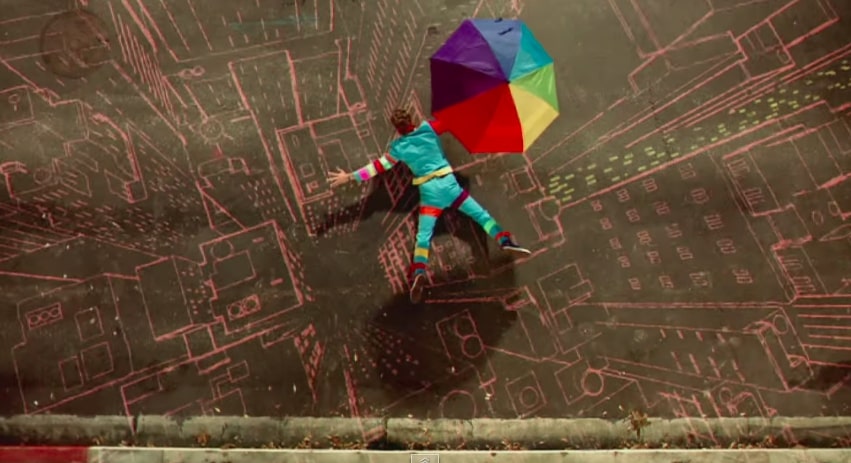 The amazing new video for Strawberry Swing was directed by visual artists Shynola. We asked Kenny from the group to tell us how it was made… 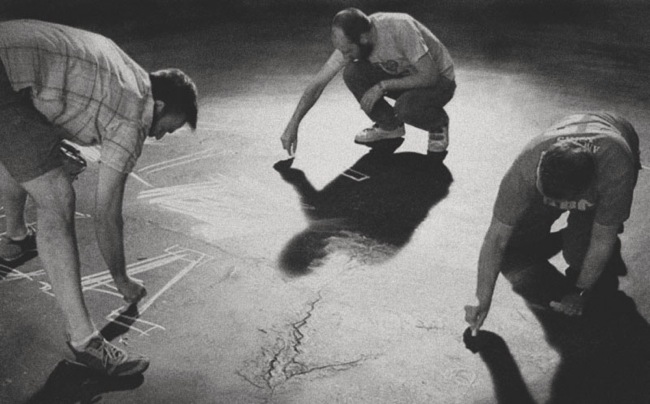 Hello Kenny, how are you?
Great, thank you. I’m eating a yogurt.

How did you come to be involved with the Strawberry Swing video?
We were approached one day, with what was an unusual, but rather intriguing brief – namely, make a video for a song that wasn’t really going to be released, and at film resolution so it could be shown in cinemas. More of a short-film than a typically commercial piece.

Could you tell us some of the other music videos you guys have worked on?
We’ve made videos for Beck, Unkle, The Rapture, a load of stuff for Radiohead, a video with David Shrigley for Blur, and my favourite one – Queens of the Stone Age.

Are you fans of Coldplay?
Who?

Had you had this idea up your sleeves for a while, or was it a direct response to the Strawberry Swing song?
No, we always pitch specifically for the song. That has meant on previous occasions that we have stared at a blank wall for a week and found no inspiration at all. We’ve then had to pass on those projects. But we’d still rather work that way. The work is pointless agony if you’re not inspired. Our hope is that when the video is finished and you’ve watched it, that afterwards when you hear the song you can’t help but think of the video.

So, how did you go about planning this video?
We sat around throwing ideas back and forth, silly details or camera moves, and then started to sketch these as stills. We then cut these stills into a timeline, alongside the song, to get a sense of pacing and how it would all marry with the music. It was deliberately spontaneous at that stage to try and keep the video playful. That’s a hard thing to hold on to when you are being meticulous.

What’s the inspiration behind the story in the video?
First and foremost we really wanted it to be nonsensical and almost dream-like. We also knew that the technique itself would also be a lot for the eye to take in. So when we had the idea of a day with a superhero on some weird adventure we chose to frame the journey with a very simple, easy-to-understand narrative: superhero saves girl from baddy. So it’s pretty weird, but makes some sort of sense. I saw the video referred to as “ten-steps-left-of-centre” which we take as a great compliment. I might even get that as a tattoo.

Have any of Shynola had a bad experience with squirrels?
Our lawyers inform us that if we talk about it now it may jeopardise the court case.

It looks like you must have had a very detailed plan before Chris came into the studio?
Once we got confirmation that it was happening we all made a swift visit to the toilet. As you can imagine this took a LOT of organisation and planning. We were going “what have we promised here?” We ended up making a fully animated “pre-vis” version of the video beforehand, with a CG Chris. You can watch it in its own right. This served as a microscopic, frame-by-frame guide for us on the shoot. Which meant that when we actually came to start shooting, in a way, the video was already edited and finished.

How much did you try to tie the plot in with the Strawberry Swing lyrics and the music?
We never see the point in following lyrics literally. We would be adding nothing. We do however try and capture the feel of the song – what the music suggests to us.

How long were you with Chris (and where)?
We were in Los Angeles for around a week or so. I think the band were on a little break mid-tour.

How did you communicate to him what he had to?
We broke the video down into shots and tackled them chronologically, having a much needed rest between each. We would show Chris the animated version and then try to recreate it as precisely as possible. “Start here. Move 52 increments. Finish in this position. On frame 38, look behind you.” He was unflappable, he memorised it all instantly. Just outside of shot we had a huge grid drawn out to help us find his position and we would yell at him “North east, one foot!”.

Was he a good real-life-superhero-in-an-animated world?
It wasn’t really until we started filming that it dawned on us just how vital his ability was to the whole show. If he hadn’t got it, and got in to it, we would have been scuppered. Luckily he was even better than we could have anticipated. He’s also incredibly fit. We filmed some tests in our London studio with myself on the floor and after 10 minutes I needed a hip replacement.

Did you have to do a lot of takes?
There really wasn’t time to to redo shots, so everything you see is the first attempt. We did have a false start when we checked the first shot and found that you could clearly see the grid we were using and had to start again.

How long was Chris in the studio?
We met briefly a couple of times for his costume fitting and then when we were setting up the day prior to filming. He put the costume on and started rolling around on the floor giddily while we looked through the lens. That was perhaps the happiest moment of the project. We thought “Damn, this might just work”.

Was the “chalk-drawing” actually done on the floor?
No one seems to want to believe that we drew it on the floor. Which is particularly galling, seeing how long the video took us.

So how did you do it?
Again we had pretty much all of the animation roughly blocked-out beforehand using computers. It was just a matter of taking one frame at a time with our grid for reference. Luckily, you only need to draw or rub out the bits that have moved since the last frame. We also had this cool portable monitor while filming, which showed you a live feed from the camera, blended with the previous take and our pre-vis.

Was that the most time consuming part of the process?
It was all pretty gruelling. The thing that sticks in my mind was when Chris is falling with the umbrella. If you look closely he is lying on a tiny square skateboard we had made. For each frame we had to drag him an inch this way or that to make him swing. There was a lot of sore backs after the shoot. Always bend at the knee. And back up your hard-drive.

Did you have many technical problems while you were making it?
We did have the occasional problem with the cape getting snarled up – oh, the perils of superhero life! – but we had a brilliant art department team who very capably waggled his cape for the whole shoot.

How long were you working on it in all?
Far too long. My therapist says I should draw a line under it.

Presumably you’re pleased with the final video?
We always hate our videos when we’ve just finished them. If they are not full of mistakes, meddling or compromises, then we are always sick to the back-teeth of looking at them. There’s always a discrepancy between what’s in your mind and the end product. Astonishingly, considering how difficult it was, this one worked out really, really well. Largely this was due to the amount of trust the band and the management put in us.

Have you seen it on a cinema screen yet?
I went to a special test-screening in London to check the transfer. You really need to see it huge to take in all the detail. For a while we wondered: will anyone even know it’s Chris Martin? But when you see it in the cinema he is life size. It’s weird. It’s like he’s rolling around in front of you.

What do you hope viewers will take from the video?
The best technique for blowing up a squirrel.

And finally, tell us a bit about the dog at the end. What role did he/she have in the production?
The dog’s name is Phil. He’s often credited in Coldplay’s sleevenotes as the fifth member.