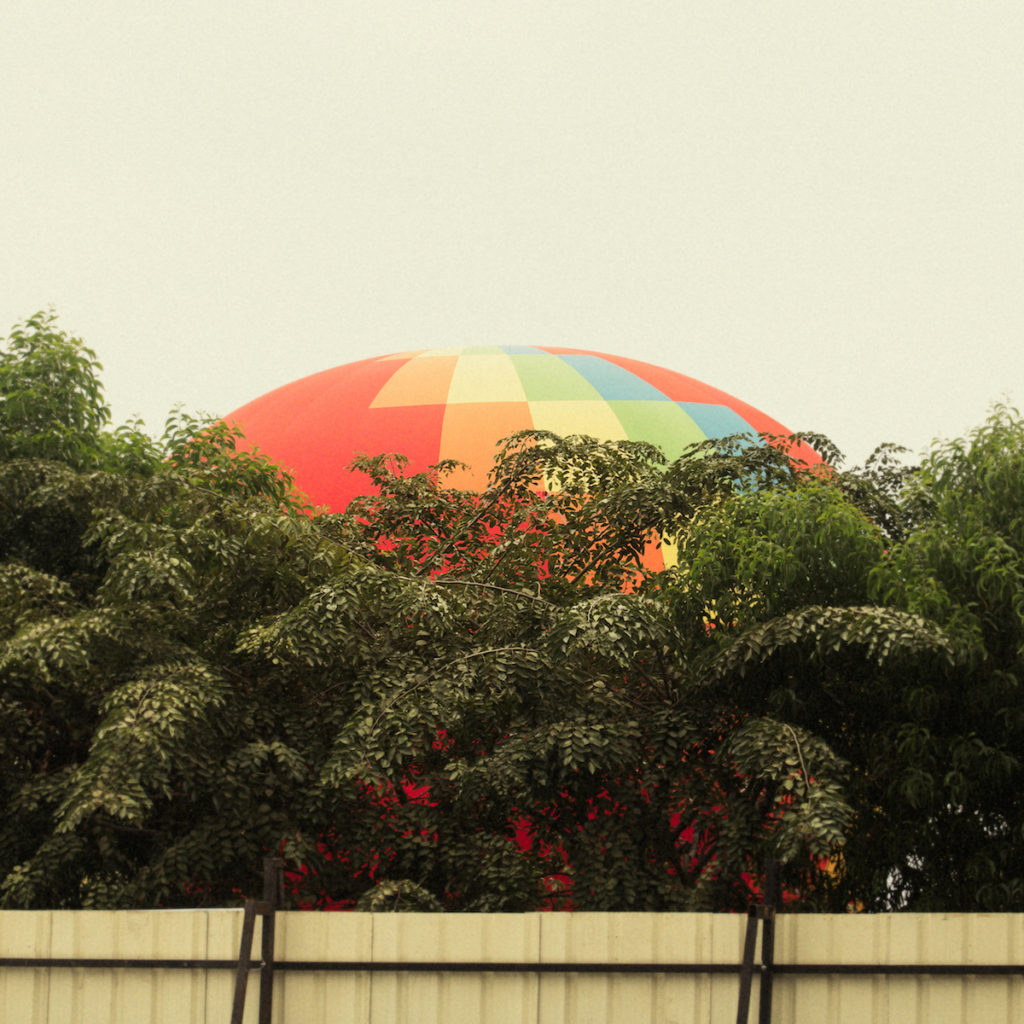 As a band that’s been roaming the planet for not far off 20 years now, it’s no surprise that it becomes more and more rare to find ourselves in a place that the band have never been to before.
Manila is the first of those to pop up for quite some time. For band and crew, there’s new stimulus all around and for the audience (who I run into as I head out for a wander) it’s clearly a special day.

The site here in Manila appears to actually be a car park. (The standard joke of course being “where do the audience put their cars?”.) After the humid indoor bowl of the Singapore venue, the open air vibe comes as quite a refreshing relief.

It’s pretty usual for the guys to work on new tunes in soundcheck, but this time out the warm-up room has been expanded into a full-on travelling studio. This makes for a pleasantly surreal juxtaposition as you leave the immediate backstage, notably full of scaffolding, blaring walkie talkies and yelling roadies – and you move into the inner sanctum dressing room area where suddenly you’re very aware that there’s people tiptoeing around the squeaky floorboards and whispering to each other, lest they ruin a take.

As I wander out and around before showtime, I become aware that the internet connection wherever I go has fallen apart. Standard procedure in these situations is to just switch to mobile phone internet until someone from IT gets things sorted. When 50,000 folks are all in the same place and all posting selfies, though, that’s pretty much a no go. It’s only at times such as this that you realise how completely used we all are to the luxury of constantly available bandwidth. Folks would usually be spending the pre-show time catching a break by calling home, checking in on the socials, or reading the news. Instead, people wander a bit lost. It almost feels as though we should get the candles out and start a card game like an old-times power blackout.

I didn’t feel it at the time, although I did spend the run-up to stage time sitting on a bass bin…

There’s talk after the show that it may have coincided with a minor earthquake in the area just before showtime. (We are in a pretty lively part of the world for that, by all accounts.) I didn’t feel it at the time, although I did spend the run-up to stage time sitting on a bass bin…

I note that the surrounding buildings seem to be filling up somewhat. Makeshift VIP enclosures overlook the stage and dot silhouetted figures around the skyline. I remember Chris saying back on the X&Y tour that he used to know when there was a change required in the setlist when he could see figures leaving at the same time in the show each night through the lights in the exit tunnels. The folks in the office blocks stayed put though, so it seems that they approved… 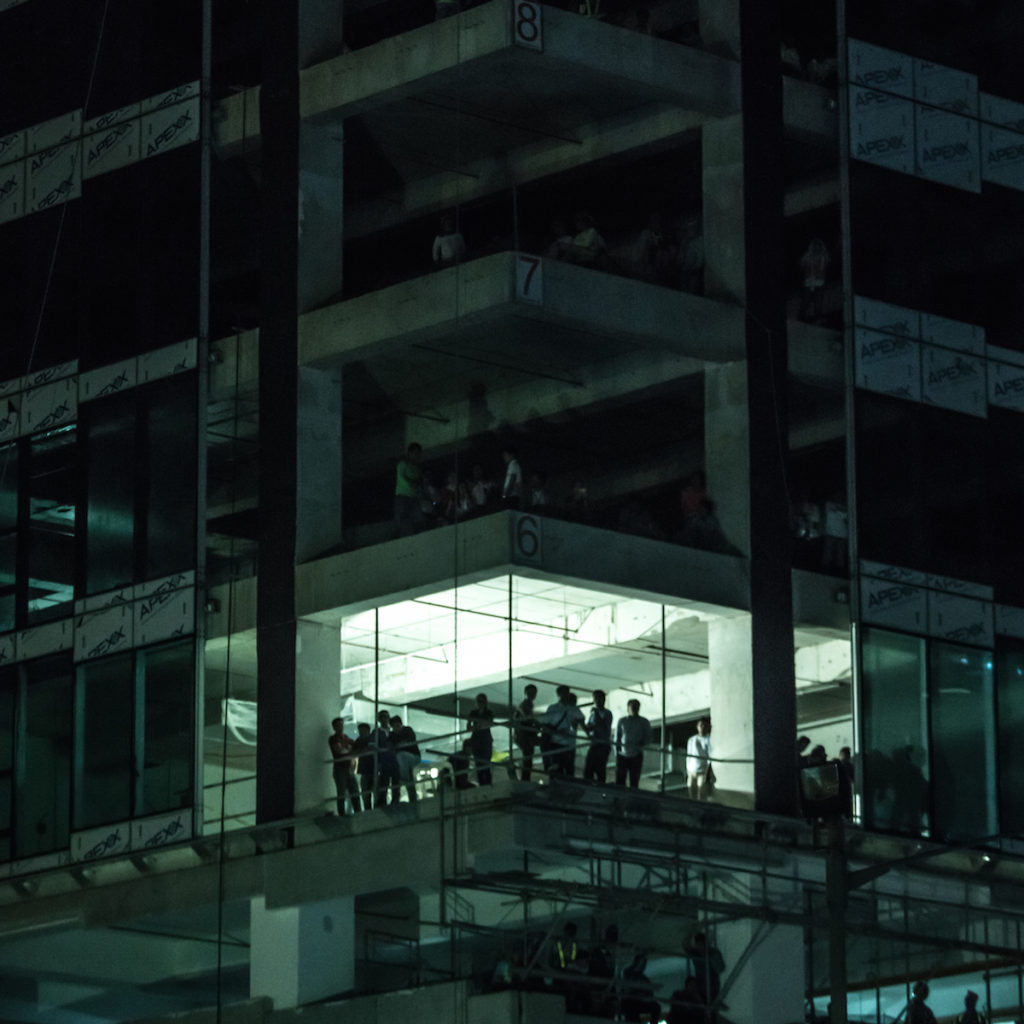 The show was also notable for being what I believe is the only time the final bow was undertaken from the B-stage. I’m not sure if this in acknowledgement of just how far away the folks at the back were (it was a very very narrow and very long site). With another pin pushed into the Coldplay world map, they make their way up the catwalk and head off. Next stop Thailand…