Rehearsals for the MX arena tour 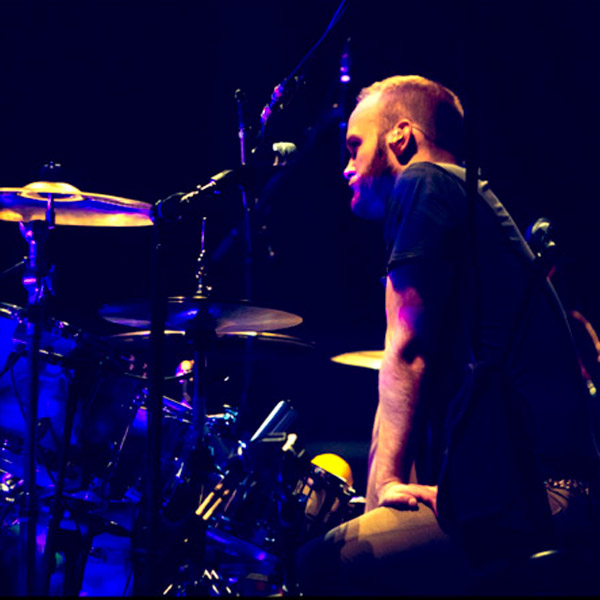 I’m sitting in the lounge waiting for the flight up to Glasgow. I suppose technically, tonight is the first proper show of the Mylo Xylotour. It’s not surprising really that it doesn’t feel like it. The Rock Im Park festival was the first gig show we did with these songs. That was on June 3rd – exactly six months ago to the day, come to think of it. I’ve worked for bands whose entire album campaign lasted less than six months and that was our round of promo to warm up and get us underway…

So when we got into production rehearsals this week, it was a slightly different experience than previous times. Production rehearsals are usually a rather fraught affair. There is usually the stress of an album launch hanging over everything and an entire album’s worth of new songs to learn.

In fact, it’s bizarrely the reverse this time. The new songs are down (apart from a couple of additions). It’s the old ones that they’ve decided to bring out of mothballs that are causing the trouble. Chris turns to his microphone during one run through and advises nobody in particular “If you want to get a video of us completely fucking up a song we haven’t played for ten years, then get your phone out now”. 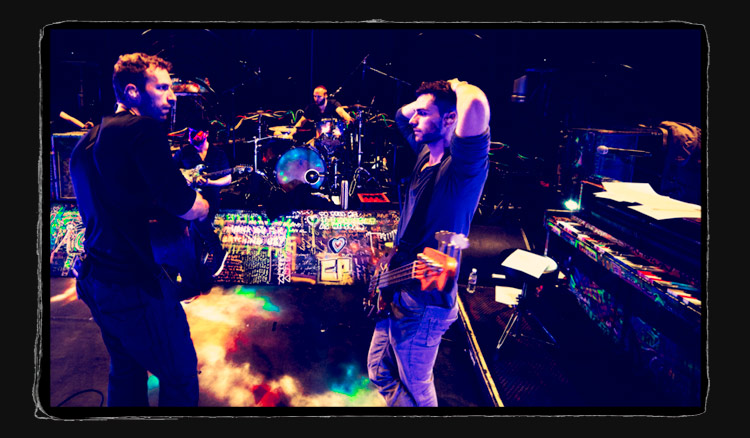 I think better of it, partly as it would hardly be fair to film it – and more so because I’m buried in keyboard programming. It’s not just them who haven’t been near this song in ten years…

I’ve written at length before about how Will gets a rum deal in reporting sometimes. He’s often painted as a stern “no man”. Someone slightly scary, who constantly exercises his veto on proceedings. In situations like this though, he shows his true role as the rock. When the band all disappear off into slightly different versions of the old song, it’s him they turn to (quite literally) because he will always be the one mouthing the words and counting the time into the chorus. He is the memory bank, the metronome and the collective safety harness. 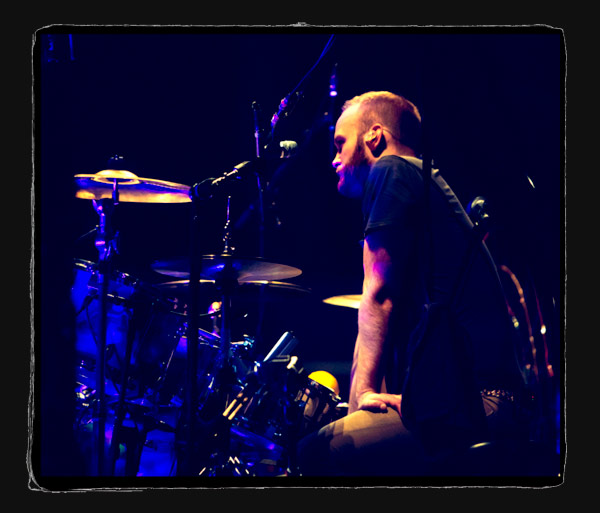 The setlist gets thrown into the blender most days. It’s hard to keep up, as everything is completely fluid – things change from moment to moment. This is as it should be, of course. There’s only a few days to overhaul and retool before taking it out into the world once again.

One thing I couldn’t help but notice, though, is the most major difference between this and previous production rehearsals: it seems to mostly be about the audience this time. When a song stops and changes are discussed, it’s not in order to throw more impressive technology, staging or effects at things. The comments from the stage are all about the folks who will out there up in the seats.

“Hmmmn, if we put that there when we’re down here, what’s the view going to be like over there?”

“Actually, in this bit of the song, it needs to feel more human, lets turn off all of this, this and this and just let it be about them.”

Normally, we’d be throwing everything *including* the kitchen sink at the setlist at this point. One is reminded of a famous quote (amongst the roadie world, anyway) from a seventies megastar frontman in a production meeting. He simply waved his hand and said, “Just blind them and deafen them for the first 5 minutes and after that, they’re all mine dahhhhling.”

Perhaps it’s the confidence gained from the solid shows already behind us, or the fact that there’s no anxiety about whether the record is going to do OK out there in the world. Either way, there’s a beautiful show here that’s wrapped entirely around the songs and the audience.

Of course tonight in Glasgow could still be a train-wreck, but more than worrying about it, I’m actually looking forward to seeing how it all turns out.