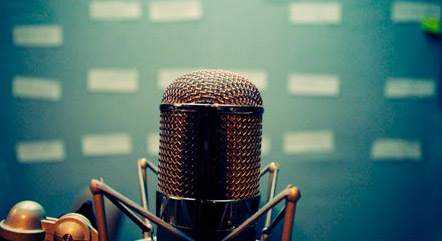 Well, folks, it’s been a while and how things have changed! As is very often the case with Coldplay, what was initially thought to be a solid plan and a sturdy compass turns out to be yesterday’s news and a spinning wheel. There was a lot of discussion in Latin America and the plan hasn’t so much been tweaked, as placed on a large pile of fireworks whilst the band retreat to a safe distance.

As I say, these seismic shifts in the planning landscape happen all the time here – it’s one of the best things about working with these guys – never a dull moment. (Although in the heat of things it can occasionally feel more than slightly disturbing). It generally happens, though, because there is something so exciting that they can’t resist throwing everything they have at it, regardless of what they said last week.

Now that the plan has been set (words to tempt fate…), there are some pretty wide open possibilities to be waded through and made sense of. Before we left for the Latin American shows, work in progress was represented by an audio file of songs in their present state. Now we’re back in the studio and following a new star, everything is once again up on the walls. In another effort to clarify and simplify all the possibilities, the names of every idea in the running for the record have been written down, each on their own piece of card.

Inevitably, there’s a huge number of song cards. From tiny moments that were played only once to things that the fellas have been playing for months now, they’re all up there. This helps clear people’s heads and relax the panic that ideas which once excited will be left forgotten. It does however produce a new problem. There’s millions of them.

In an effort to reduce the feeling of being overwhelmed by options, the cards are first arranged on the wall in terms of A, B and C. The A list is songs that *have* to go on the record. The B list are songs that might or might not. The C list contains things that are being left – not forgotten, but that are unlikely to be worked on immediately – they’ll either find a home or they won’t. Phil Harvey, ever the sportsman, suggests that every song on the A list should have a song on the B list which will step in if its counterpart is deemed “not match-fit”.

There’s still too many cards. It’s messy and too chaotic. Bravely and decisively, things are stripped to only the A-list songs. So here is the album in its current form:

It’s decided that the C-list too, should be out of sight and out of mind. It prevents constant attention to things that aren’t a priority. They’ll not be forgotten and they could be pulled out again at any time. Having them off the wall, though, means things are much more manageable. Rather than an explosion of more ideas than could ever possibly be finished, this now looks like a plan for how to move forward.

Much to Phil Harvey’s amusement, Chris has hidden the C-list up on a high shelf in the corner of the control room. When he refers to one of these songs for consideration, he has to stand on a chair in order to get to them. Phil dubs it “Chris’s secret stash of spare songs”. 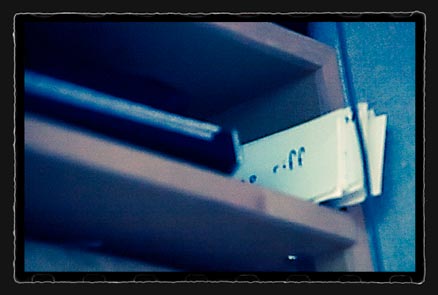 It gets me thinking about all the things I’ve heard along the way that never found their way onto a record. I’d say Gravity is my favourite of the shelved tracks (although that did make it as a B-side). There’s so many songs that had a moment in the sun being played live: Moses, Ladder To The Sun, Animals, Idiot, Will’s Sweet Marianne – and the list goes on.

These are just the ones that I heard them play. Many made it to the demo stage and no further, meaning that the band heard them and nobody else. There’s enough in the unreleased vaults to outfit an entire career for a pretty successful band. It’d be an interesting project to one day pull out “all the songs that fell off along the way” – like rummaging through Coldplay’s attic.

All of this talk of abandoned objects and pieces from the past though, makes it sound as if there is nothing new to report, which genuinely couldn’t be further from the truth. The current project is easily the most ambitious thing I’ve ever seen the band undertake. Somehow though, the scale hasn’t been intimidating as much as inspiring. Things are focused now and can be thought of in terms of the finished work.

Ideas are once again firing off like a Catherine wheel (we’re back to fireworks again). Things are moving at great pace and what’s coming out of the speakers has everyone beaming and fired up. I’m thinking to myself how disciplined Chris has been in restricting himself to the few core songs on the A-list, thinking that normally he’d be fretting and fiddling with every tiny idea, ensuring that everything has been squeezed hard for every drop of potential magic.

Later, I give Anchorman a tour of the Beehive. We make it to the very top floor and he’s seen the whole place. There is one more door before we retire to the kitchen and get the kettle on. I tell him it’s just a tiny room that can only fit one person. “It’s good for making private phone calls,” I say, “Or if you want to be left alone to work on something”. I swing the door open and find that there wasn’t in fact only one set of “song cards”. There were two.

Looks like squeezing for drops of magic hasn’t been left behind. It now has its very own workshop….