I’ve said before that a tour is essentially a huge machine, powered for the most part by an extraordinary amount of human effort. Considering we haven’t really done any “proper touring” since before Christmas, we’re really trying to get this massive contraption in motion from a stationary and cold start. I can’t help but see these first few days as being a bit like the band and crew united, leaning their shoulders into push-starting an ocean liner.

Of course, we’re not starting completely from scratch. We’re building on everything that has gone before. There’s plenty of changes though. Phil has been overseeing new video content for the screens as well as working with show designer Paul Normandale on a heap of new show elements.

The band have also been working away at a couple of new additions to the setlist (which itself has been juggled and re-jigged). 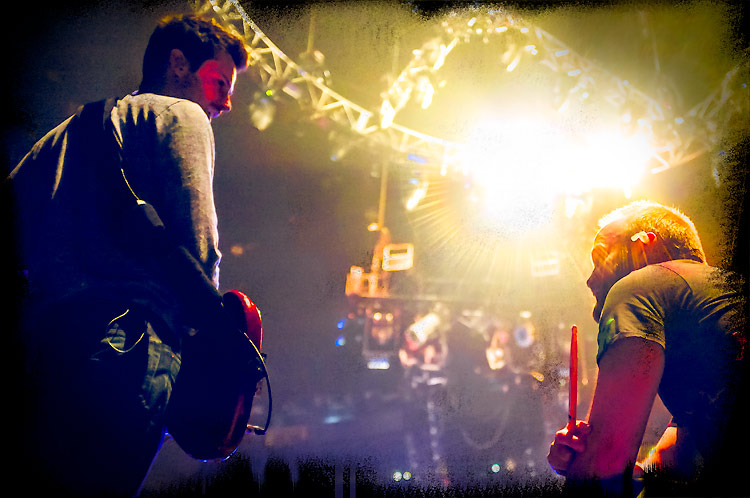 Every single one of us has new stuff to deal with and take on board in addition to the basic task of actually getting everything back up and running. Our first few days have been the usual mad rush to make all the pieces fit, but after two shows, I have to say, it feels like we’re in great shape.

The reviews are in and a lot of what I’ve seen so far seems to reinforce what I’ve secretly suspected all along. Many reviewers come with the express intent of hating the band, but when faced with the live show that the guys now put on, they can’t manage to keep their cynicism intact.

Everything I’ve read has been a unanimous, resounding thumbs-up. These first shows certainly felt to me like a pretty triumphant return.

The setlist is relentless. It simply does not let up from start to finish. The whole band have been training and working out like demons of late and I can’t help but wonder whether this gym action is where the pace is coming from. The show is now like a hundred minute hit of Coldplay circuit training. Even the “quieter” songs don’t let the intensity drop. Granted, The Scientist and Fix You are nothing like as in your face adrenaline wise as Hurts Like Heaven or God Put A Smile, but the huge sing-alongs mean that the emotional impact stays just as strong.

So the good ship Xylotour is launched and I’d say we’re in for a damn good ride. I’ll leave you though, with further evidence of band and crew sweating simultaneously. It seems the ongoing band vs crew football tournament is back with us and the inaugural match took place yesterday on the first day off of the tour.

I’ll draw a veil over the final score, but suffice to say that the band may have benefitted from being marginally less hungover than Roadie FC. 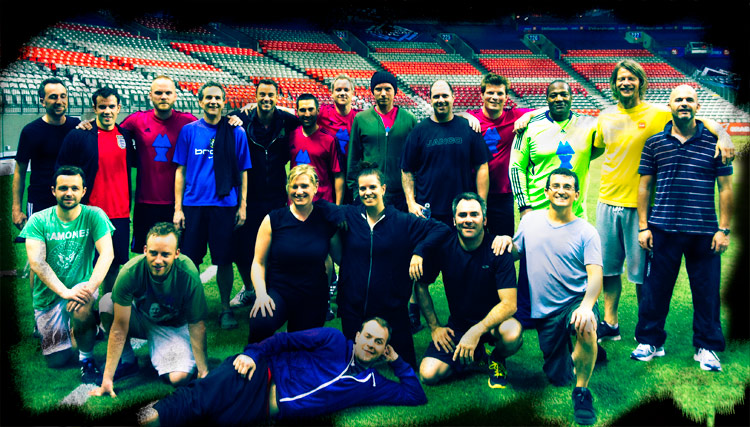 (Thanks to team manager Jackie Jackson for the photo).

I’d say “next time, eh fellas?”, but that would imply the crew’ll lay off the sauce before the next one. I think deep down, we all know the truth… 🙂