Back to the Beehive Greetings folks, from back inside the Beehive. I’m at my desk, which is tucked away behind one of the pianos. Over my shoulder are two rather beaten up old sofas. This “lounge area” is where  every recording day starts – beginning, as every day should, with strong coffee. 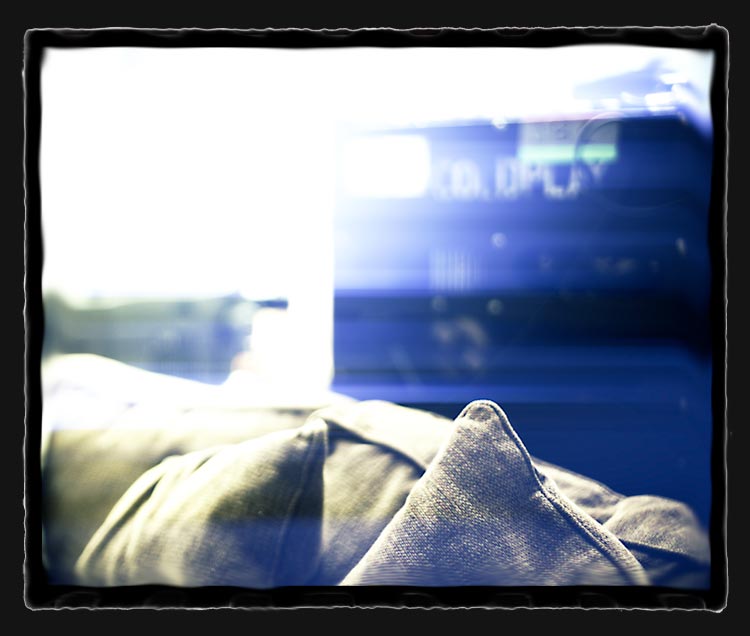 I talked in the last blog about different ways in which the record gets made. These first-thing conversations are actually a hugely important part of the process too. The band spend a great deal of the day playing live together. These discussions beforehand, though, mean that everyone has a good idea of what they’re trying to achieve before things start getting noisy.

The conversation about today’s song is getting underway. Guy, Will, Chris and Phil are sitting with producer Markus Dravs. Jonny has already sat at his guitar-world and has begun experimenting with sounds. His guitar is being fed into his laptop. What is coming out the other end sounds very much like it’s arriving from another planet.

Chris is mid flow discussing the song that they’ll be working on today. It’s a tune that he’s been incredibly excited by since it first appeared and suddenly he’s having very major doubts as to whether it will even end up making it onto the record. In a quintessentially Chris style, he gets halfway through a sentence outlining his grave concerns, before interrupting himself and turning to shout over his shoulder to Jonny.

He continues where he left off without missing a beat. Simultaneously maintaining despair and ecstatic excitement. Ever the multi-tasker…..

Will and Guy, quite rightly, refuse to accept the doomy assessment of the track in hand. It’s clearly going to be an immense tune, it just hasn’t yet found its true voice.

It won’t surprise anyone to hear of moments in the development of a song where there are losses of confidence. It’s par for the course and the feeling can flare up out of nowhere and disappear just as quickly. “Moments”, is exactly what they are. The overall vibe is decidedly “up” here, with everyone very excited at what they’re hearing.

Will often gets cited as the member of the band most likely to tell Chris “No”, or to reject an idea completely. I always feel that this paints a rather unfair picture of him. He’s just as likely to be stubbornly and solidly saying “No, it is not shit – not at all. It’s going to be great”. This refusal to back down and allow doubt to prevail provides a huge amount of Coldplay’s spine. I can’t begin to imagine how many times it’s been essential to the mix over the years.

Guy too, can view the work in progress and bring to the table his ever growing experience as a producer in his own right. Guy often gets gently teased by the others for his huge array of extra curricular activities, but the truth is, his overview of the production process allows him to eloquently assess strengths, weaknesses and alternative approaches – And this experience and knowledge feeds directly into the Coldplay project.

They begin to discuss what makes great songs great and what they would like to attempt here. It becomes clear that not only are all four of them very knowledgeable about good music, but they’re still also hugely excited by it. They’re fans of a quite staggering range of artists.

Galvanised by the chat, they move into the main part of the room and start picking up instruments. It has to be said that this area of the Beehive is looking pretty amazing now. In an effort to deaden the sound, there are thick, heavy drapes hung around the walls and fancy rugs on the wooden floor. 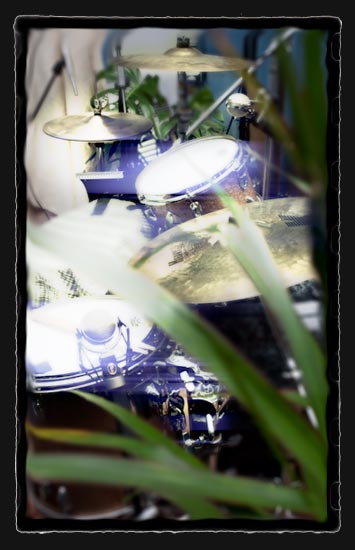 Also dotted around are an array of plants, giving the whole place the feel of a conservatory or a botanical gardens. This is further enhanced by the summer heat and the fact that the air conditioning is simply too loud to hear yourself think over, let alone put a microphone next to.

The band are set up exactly as they would be on stage, with Will at the back and Jonny, Chris and Guy in a line in front of him. This place is like the funkiest rehearsal room they’ve ever had. They begin working away at the tune again. As ever, when the voices stop and the music starts, everything immediately feels a lot better.

This, and every other song, will doubtless go through an immense amount more massaging and coaxing before they emerge through the Beehive doors into the big wide world.

For the time being though, it’s pretty clear that the record is in very safe hands.